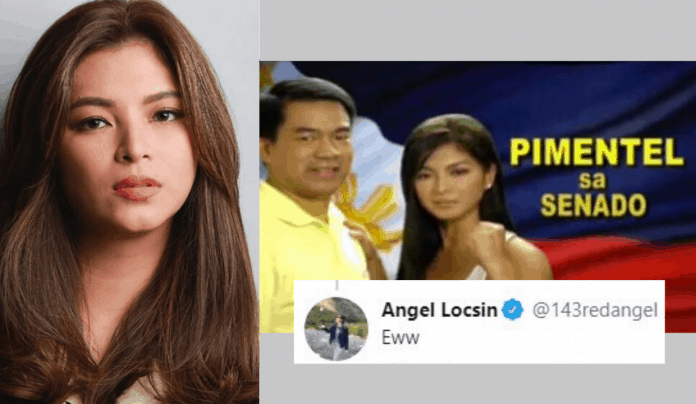 Angel Locsin admitted that she “super” regrets campaigning for Senator Koko Pimentel way back in 2007, calling it now a “mortal sin”.

A Twitter user on Wednesday asked the Kapamilya actress: “Do you regret that you campaigned for him then in a TV ad? Voted for him because of you.”

Another netizen tagged the actress in an old photo of her endorsing the senator to which she simply replied, “Eww.”

The Kapamilya actress also said she only voted for the senator once, and never did it again.

Senator Pimentel, who tested positive for the coronavirus on Wednesday, drew flak for violating COVID-19 quarantine protocols after accompanying his pregnant wife to the hospital.

The Makati Medical Center then released a statement chastising Pimentel for his “reckless and irresponsible” actions.