Fans are curious about this gadget on Kathryn Bernardo, Angel Locsin’s neck 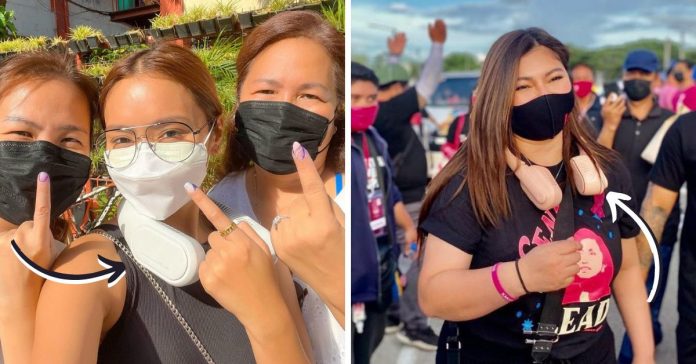 Kathryn Bernardo and Angel Locsin managed to “budol” fans after they shared snaps with this gadget on their necks.

Netizens first caught a glimpse of the device on Angel during a people’s rally at Laguna. The actress had a gadget which looked like headphones dangling on her neck.

As for Kathryn, she wore the gizmo on her neck when she was casting her vote on Monday.

In a now-viral social media post, it was revealed by a fan page for an e-commerce company that two’s neck gadgets were actually electric fans.

The post on Facebook collected over a thousand reactions, with shocked netizens laughing over how they thought the gizmo was a headset.