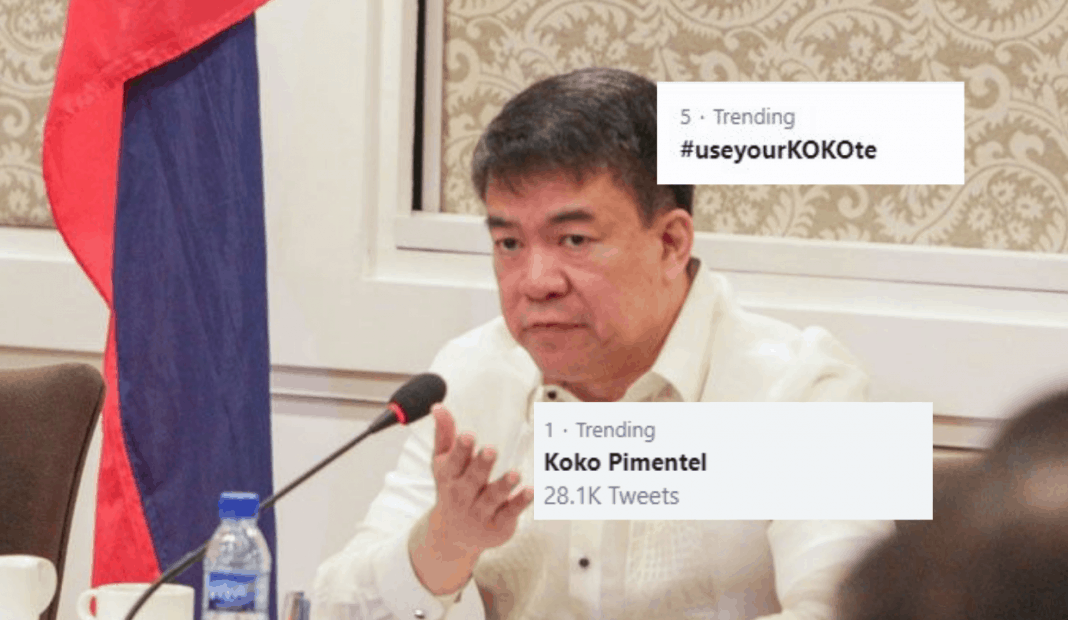 Several netizens are calling out Senator Kiko Pimentel, who recently tested positive for the coronavirus, for putting people at risk when he accompanied his wife to a hospital in Makati.

The senator revealed on Wednesday that he was at a hospital — later identified as Makati Medical Center — with wife Kathryna Yu-Pimentel, who was scheduled to give birth, when the Research Institute for Tropical Medicine (RITM) called to inform him of the positive test result.

“Yes as she was scheduled to give birth this morning. I received the call from RITM when I was already in the hospital last night hence I left immediately,” he said in a News5 report.

Rumors of the senator alleging that he accompanied his wife to the delivery room irked netizens who pointed out that he should have observed the proper quarantine guidelines knowing that he was already a person under investigation (PUI).

His wife Kathryna, meanwhile, clarified that her husband never went to the delivery room with her.

“I feel really sad they are insisting I was in the DR & Sen Koko never reached inside the DR… I took the stress test for the baby inside the examination room,” she said in a message sent to Arnold Clavio of dzBB.

“Examination room is beside their recovery room…. which was still far from the DR. And Sen. Koko didn’t join me sa examination room last night too,” she continued.

Former Solicitor General Florin “Pilo” Hilbay called on the senator to apologize for his actions.

“Koko Pimentel” along with his famous campaign slogan #useyourKOKOte became top trending topics on Twitter after generating thousands of tweets from netizens who aired out their frustration at the senator.

The Makati Medical Center has already denounced the “breach of protocols” committed by the senator, calling his actions as irresponsible, reckless and a burden to a hospital “trying to respond in its most competent and aggressive manner” to the COVID-19 outbreak.