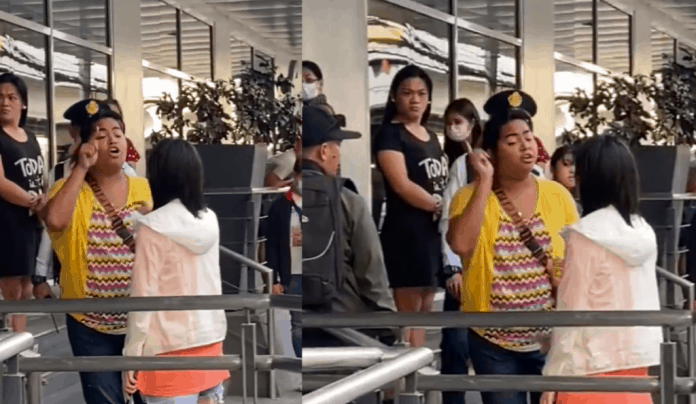 A Chinese woman with an expired passport and no visa will be deported back to her country after figuring in a viral incident with a Filipino delivery guy. (Read: ‘This is our country, you have to follow our rules: Pinoy defends delivery guy from ‘raging’ Chinese)

A video uploaded on Twitter showed a Filipino coming to the defense of a delivery guy who was allegedly shouted at and hurt by the Chinese woman after she could not present any valid ID to the delivery guy.

The Pinoy, who is @Eamoto2 or Ea de jesu on Twitter, earned praises for standing up for his fellow countryman.

He has since then given updates on the status of the Chinese woman who was brought to the Bureau of Immigration office after the incident.

Ea de jesu’s recent update said: “Hi guys … panalo tayo sa laban,” which meant that the Chinese national will be sent back to China as per the information given by the delivery guy.

Ea also said that the Chinese woman will be put behind bars for one year and 10 days before deportation, and slapped with a fine for doing business in the country without a permit.