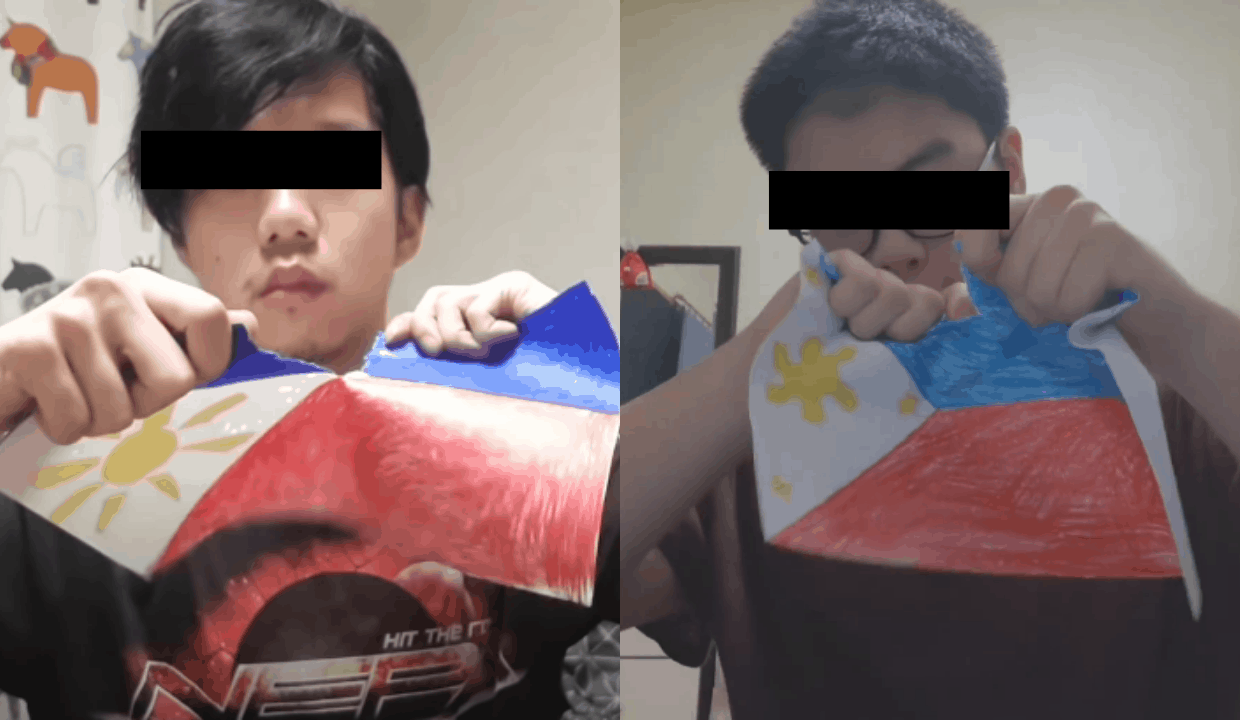 Filipino netizens expressed disappointment over circulating videos of foreign online users who claimed to be Koreans “disrespecting” the Philippine flag.

The netizens can be seen saying “Hi Philippines, I’m Korean” at the beginning of the video and proceed to tear down, spit and stomp on an illustration of the Philippine flag.

Outraged Filipino netizens strongly condemned these acts, calling them an “insult” to the country’s flag.

Others, however, said they are unaffected because the flag showed no three stars, while the other lacked the rays of the sun. Some also dismissed the foreign netizens as attention seekers.

Bella received backlash from some Korean netizens who said they were “hurt and offended” with the tattoo as it reminded them of the country’s dark history under the Japanese occupation.

Bella later on issued an apology, vowing to have her ink removed and encouraged everyone to educate themselves about it.

Some Korean netizens, however, were allegedly not contented with the apology and wrote racial slurs in the comments section of Bella’s Tiktok video.

This prompted Filipino netizens on Twitter to call out the alleged racist comments, making #CancelKorea and #ApologizetoFilipino land on the platform’s top trending topics.

Days after the controversy, some Korean netizens took to social media to apologize in behalf of those who left nasty comments about Filipinos with the hashtag #SorrytoFilipinos.

Meanwhile, some Filipino netizens are now rallying to instead #CancelRacism.