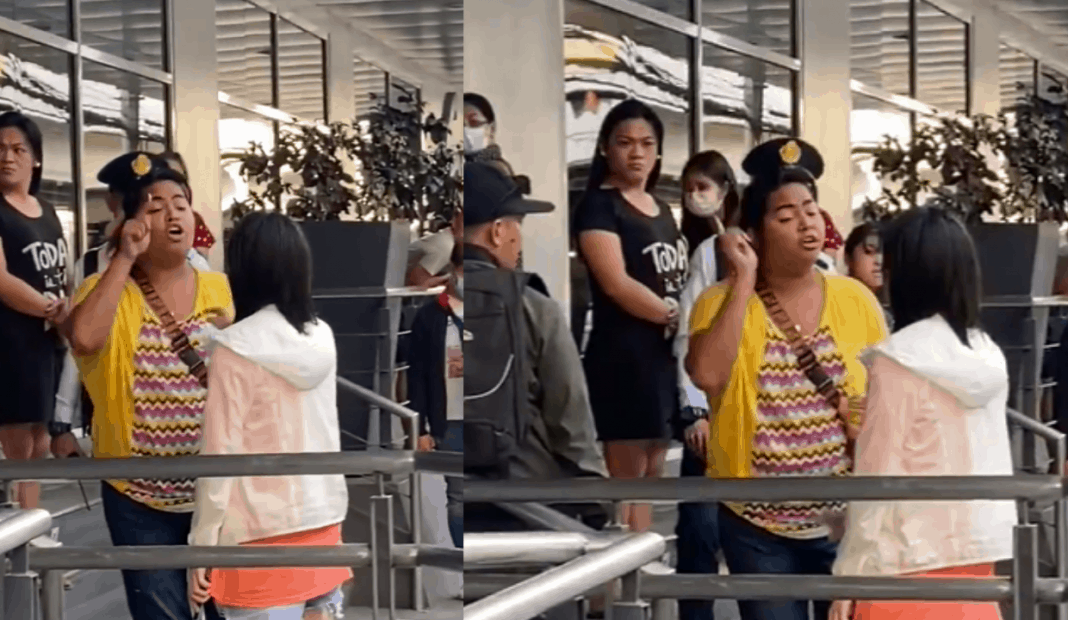 A video of a Pinoy who defended a delivery guy from a “raging” Chinese national has gone viral.

In a video shared on social media by a certain Twitter user @trixiaespulgar, the uploader alleged that a Chinese woman started hurting and shouting at a delivery guy who asked for a valid identification card from her when she couldn’t present any.

The video showed a fellow Filipino coming to the delivery guy’s defense and confronting the Chinese, saying, “You have to respect us. This is our country, you have to follow our rules.”

The two then started screaming and pointing fingers at each other.

The Chinese woman could be heard repeatedly saying, “Don’t touch me.”

The Pinoy, who happens to be @Eamoto on Twitter, said he did it because he can’t stand seeing his fellow Filipino getting maltreated by a foreigner in his own country.

@Eamoto continued to give updates on the status of the Chinese on Twitter.

He said that the reason the Chinese could not present any valid ID is because her passport has already expired and she doesn’t have a visa.

He also added that the Chinese woman was doing business in the country without a license.

In another tweet, @Eamoto said that the Chinese woman was brought to the immigration office and did not have any legal documents to show.

@Eamoto received a downpour of praises from the netizens and the LGBT community.

The video has three million views as of writing.