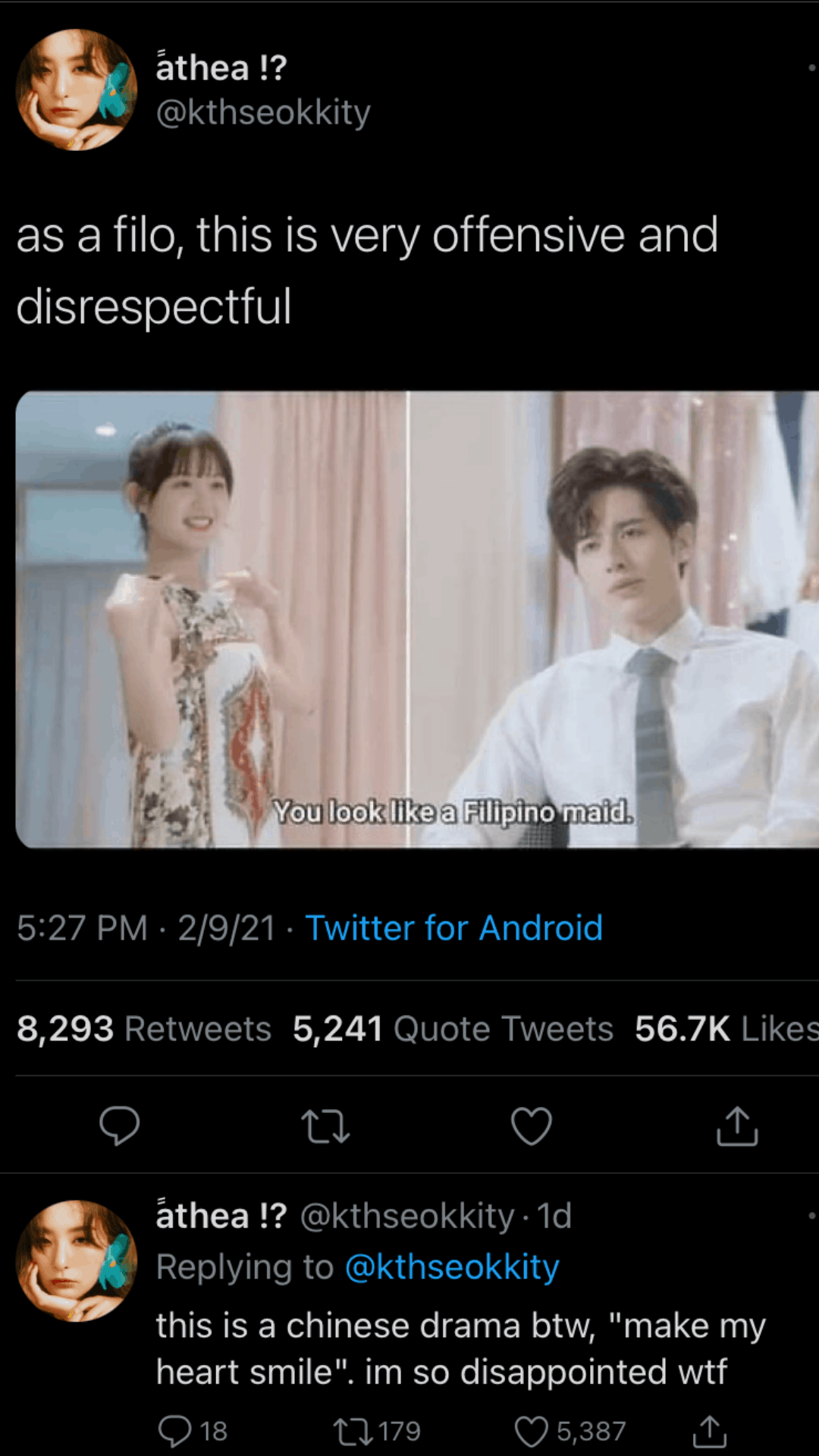 This Chinese drama is under fire for allegedly stereotyping and using the “Filipino maid” as an insult in a main character’s dialogue.

A certain Twitter user on Tuesday went viral after expressing her dismay over a line by the male lead in the first episode of the drama titled Make My Heart Smile.

“You look like a Filipino maid,” the actor told his leading lady who was trying out different clothes that didn’t meet his approval.

“As a filo, this is very offensive and disrespectful,” wrote the Twitter user along with a screenshot of the scene from the drama.

The tweet has since gone viral after Pinoy netizens made their sentiments known over the alleged slur.

Some called for respect for the huge sacrifices made by overseas Filipinos who are employed as domestic helpers.

Others, meanwhile, sought for an apology from the Chinese drama’s production staff. Though some believed it was a case of mistranslation, others still considered it as an offensive remark.

“If this is a misinterpretation or what…this is still wrong. They knew that this will be filmed and be released and they knew that many Filipinos may see and watch this…so they need to make more precautionary measures! This is so offensive!”

Meanwhile, this is not the first time a foreign show has been called out for “offensive” portrayal of Filipino domestic workers.

Back in 2008, the British Broadcasting Company (BBC) had to issue an apology over the depiction of the Filipino maid in a controversial episode of the UK comedy series, Harry and Paul.

A character said he was ordering a “Filipino maid” to mate with his friend, a scene that angered members of the Filipino community and generated an online petition protesting the show.

Chinese woman to be deported after viral incident with Filipino...