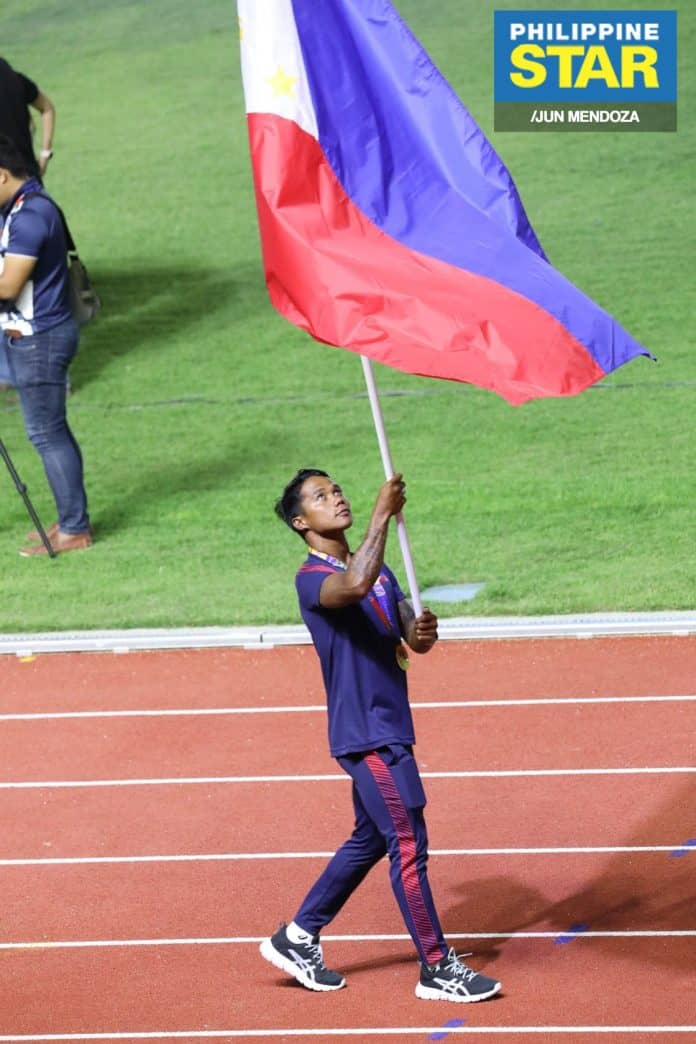 Following his heroic and inspiring act, Roger Casugay, who put the life of his troubled competitor first amid their battle for gold, was chosen to be the country’s flag-bearer for Team Philippines at the SEA Games closing ceremony in New Clark City on Wednesday.

The gold medalist was also named Fair Play Athlete in the culminating show that declared the Philippines the overall champ after winning a total of 387 medals — 149 gold, 117 silver and 121 bronze medals — in the biennial regional multi-sport event.

Casugay made headlines last week after rescuing his Indonesian opponent who was swept away by the giant waves after his leash broke during the men’s longboard competition in San Juan, La Union.

The Pinoy surfer eventually won the gold medal even after the game was put on hold due to the incident.

Casugay’s selfless act also had a thumbs up from Indonesian President Widodo. He tweeted his gratitude to the Pinoy athlete for saving his Indonesian rival.

“Winning the competition and upholding sportsmanship is important, but humanity is above all,” he said.

To recognize his heroism, Casugay is also set to receive the Lapu-Lapu award from President Duterte at a ceremony in Malacanang Palace on December 18.

Casugay paraded along with other Filipino pride tonight at the closing rites of the 30th Southeast Asian Games at the New Clark City Athletics Stadium in Tarlac.

He was also hailed SEA Games 2019 Fair Play Athlete during the closing ceremonies on Wednesday.