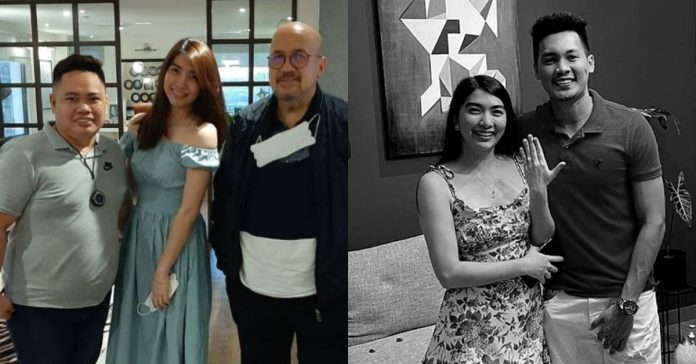 “Thank you so much for today Boss Vic! Till next time! 💙💙💙,” Alvin wrote as caption in the photo of him with Pau and the talent management agency head honcho posted on Instagram.

A week after, Alvin hinted at Pau’s entry in the showbiz industry by sharing his message to his “newest anak and alaga”.

The said photo brought excitement to fans of Pau who recently figured in a controversy after her ex-fiance Scottie Thompson reportedly got married to another woman in June. (READ: PBA player Scottie Thompson weds another girl months after proposal to longtime girlfriend )

The marriage news broke out months after Pau and Scottie got engaged on New Year’s Eve after more than eight years of being together.

In a statement released on her Instagram, Pau admitted that she was “deeply hurt” after ending her long-term relationship with Scottie. (READ: Scottie Thompson’s ex-fiancée breaks her silence: ‘I am deeply hurt’)

“I ended a long-term relationship with the man I was ready to spend the rest of my life with. To say it has been heartbreaking is an understatement,” she said.

Pau, however, said that she has made the “conscious decision to move forward with my life”.