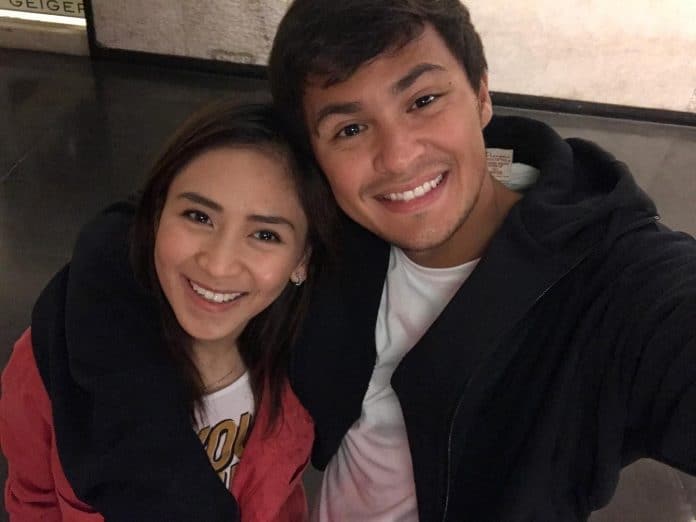 Matteo Guidicelli’s journey to winning over the girl of his dreams, Sarah Geronimo, was not easy despite him ending up married to her.

“I’m being totally honest. It’s not… it hasn’t been perfect. The ride hasn’t been perfect, there are bumps everywhere but I think anything good comes with challenges. So, at the end of the day, we are very blessed,” the 30-year-old actor-athlete revealed on Monday in an interview with preacher Bro. Bo Sanchez in Fulltank Live!.

Matteo said he could not remember the number of times he prayed to God for Sarah to be his wife.

“Did I pray for Sarah G? My gosh, kung alam mo lang ilang prayers,” he said, addressing a question raised by a fan on the show.

Even if he knew from the start that the 31-year-old pop star, whom he had dated for six years, was The One, Matteo admitted that he had to seek for tips from other people on when was the best time to propose to his lady love.

“I would always ask people, sabi ko how would you know when the time is right to propose to her, or sabihin mo I want her to be my wife. How do you know?”

He further said, “Sarah and I, we were together for six years and sabi ko I really love this girl. I want to be with her for the rest of my life but syempre there (were) still doubts in my heart na how do you take this leap of faith?”

He was also aware that getting married means he will have to separate from his family so he could start his own.

“I want to do that but did I have the courage to do that and how do you just know? So, days would just go — and there was that one day I just knew,” he said.

“I don’t understand why. (But) I always knew ha. That’s why my relationship lasted for six years with all the challenges and everything.

“But there was just a day when I just knew. And that’s when I took more steps. That’s why I planned my proposal, blah blah blah…all that stuff. It just hit me. Is that God working? Maybe…we don’t know. But yun.”

Matteo and Sarah, who are into their fourth month as a married couple, exchanged “I do’s” last February 20 in a surprise Christian wedding ceremony.

“It’s amazing!” said Matteo when asked how married life has been for him.

Bro. Bo commented, “I like how you said ‘my wife’. Is that something you like saying now?”

Matteo replied eagerly, “I don’t like saying it, I love saying it! Yeah, it’s amazing.”

He added, “I love her because, you know, I feel like, love of course, but trust is very, very important. In a relationship you must have that trust. It’s the first time I really trust wholeheartedly in everything, aside from love.”

When asked how he sees his life in five or 10 years from now, Matteo said he wished he and Sarah already have kids by that time.

“And the little Sarahs and little Matteos running around. Hopefully that. But you know, honestly, Sarah and I, we have a lot of dreams together, for each other individually and as a couple. So, I’m very very excited with what Sarah and I can do together, to synergize as individuals and to reach our dreams and accomplishments for the future.”