Jane De Leon shares sneak peek of herself as Darna 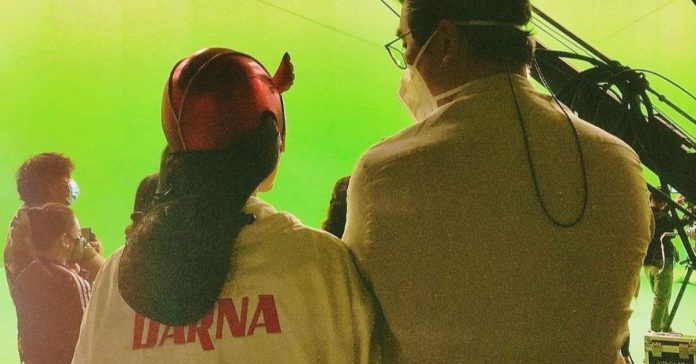 Jane De Leon is just as excited as we are for the television adaptation of Darna: The TV Series.

The actress took to social media to share a snap of her with her back to the camera, wearing the iconic headdress of the iconic Pinoy comics superheroine and a shirt with “Darna” on it.

“Darna with Tatay @direklauren #Darna #DarnaVTS #Soon,” she wrote in the caption.

Jane was joined by ABS-CBN executive Laurenti Dyogi in the snap she posted on Instagram.

The shooting for the much-awaited series started in November of last year. ABS-CBN production unit JBR Creative Production shared the behind the scenes from their first taping day, with Jane as Narda.