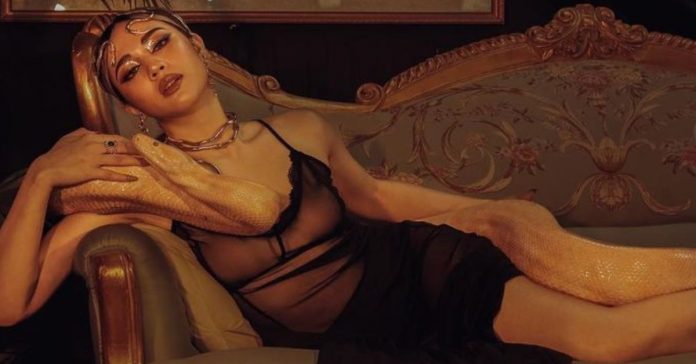 Janella Salvador looked stunning as she recreated an artist’s portrait of her posing as her character, Valentina, in ABS-CBN’s television adaptation of Darna.

“Mother of Serpents,” her caption read.

In the fiery snaps, Salvador was accompanied by a massive snake which was almost as big as her frame.

On a past social media post, Balbacoco shared his piece on Valentina was inspired by the “glamour of the old Hollywood stars Marlene Dietrich and Elizabeth Taylor.”