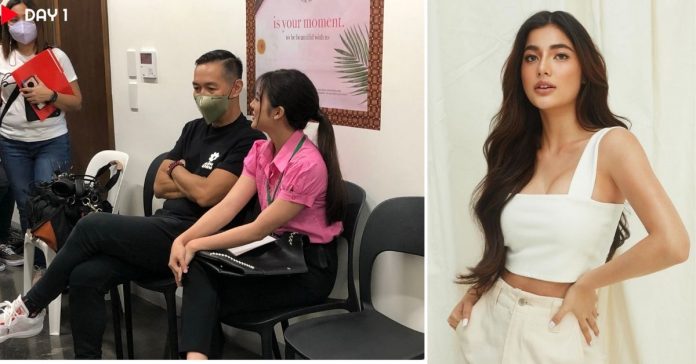 Behind the scenes from the show’s first taping day were shared by ABS-CBN production unit JRB Creative Production on its social media pages.

In one of the snaps, the actress was pictured interacting with the staff on set.

The 22-year-old has been preparing to bring back the iconic Pinoy comics superheroine. On social media, she has been sharing her intense gym days to prepare for the role.

The entertainment unit of ABS-CBN that will produce Darna also shared a teaser for their big reveal of the actress who will play the show’s antagonist, Valentina.

In October, it was announced that acclaimed box-office director Chito S. Roño will be making his television comeback with Darna, one of the Kapamilya network’s biggest projects of 2022.