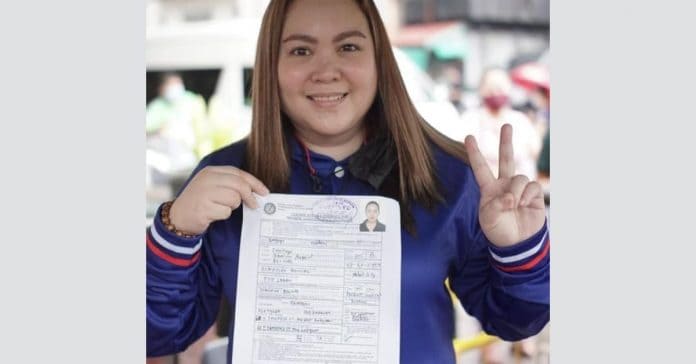 Claudine Barretto has officially filed her certificate of candidacy for councilor in Olongapo city.

The actress will be running under the local slate led by talent manager Arnold Vegafria, who has also filed his candidacy for the position of mayor in Olongapo city.

On a social media post, by Bangon Olongapo 2022, Claudine posed with her certificate of candidacy when she filed on October 7.

On another social media post, they featured a quote from the 42-year-old during one of their events.

Seems like a handful of celebrities are gunning for a position for next year’s elections. Nash Aguas, Ejay Falcon and Arci Muñoz were rumored to make the big shift from showbiz to politics.