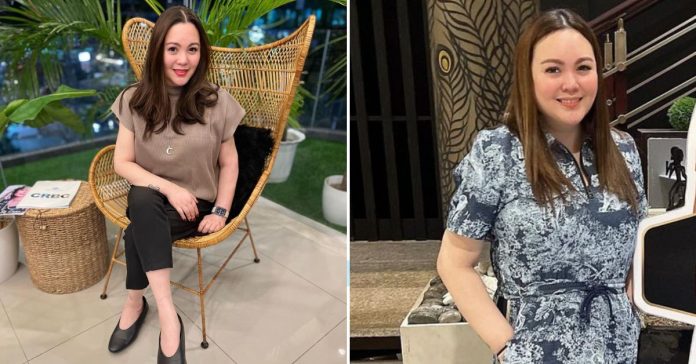 Claudine Barretto wowed fans with her slimmer figure for her return to the screens.

The Optimum Star shared on Instagram on Tuesday, a set of photos of herself glammed up, with netizens gushing over her look and taking notice of her amazing weight loss.

Claudine, in an interview with 24 Oras’ Lhar Santiago, earlier opened up about how she lost weight in the past months.

“And then may 4 hours na pwede kang kumain talaga ng marami,” she added.

After taking a break from the limelight, Claudine said she is “very much excited and ready” to go back to acting.