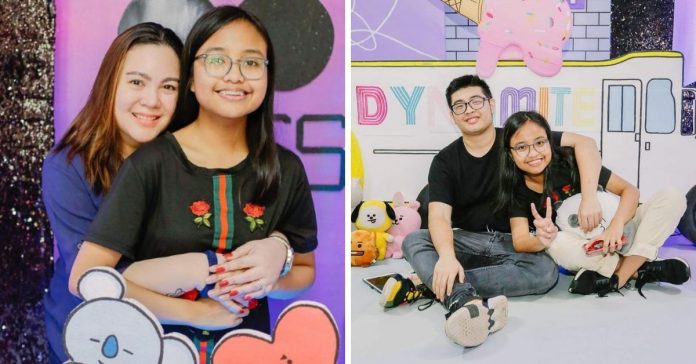 Over the weekend, the celebrity mom shared a series of photos from her daughters Sabina and Quia’s respective birthday parties.

Sabina, 17, and Quia both turned a year older last June.

In some of the snaps of Sabina’s BTS-themed birthday party, netizens mistook a guy who was with Sabina in the photos as her brother Santino.

Santino is Claudine’s biological son with Raymart Santiago. Sab, Quia and another son named Noah are the actress’ adopted children.

Claudine then corrected the netizens, telling them that the guy was her daughter’s boyfriend.

Meanwhile, one netizen gave unsolicited advice to Claudine about Sabina dating at a young age.

‘Welcome to my YouTube channel’: Marjorie Barretto is now a...