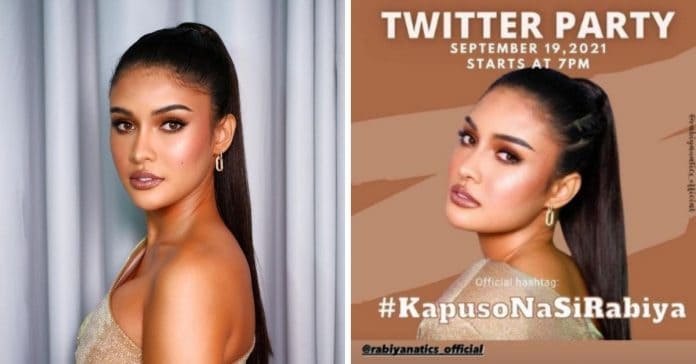 It looks like Miss Universe Philippines 2020 Rabiya Mateo is making her showbiz debut in the Kapuso network.

On Saturday, Rabiya shared via an Instagram story a fanpage’s post encouraging fans to join the Twitter party for the Iloilo beauty on Sunday, using the the official hashtag #KapusoNaSiRabiya.

Rabiya previously revealed in an interview that she wants star in a horror movie should she enter showbiz.

“It’s challenging, kasi it’s very difficult to scare people, so I’m up for that kind of challenge,” she said.

In a recent post, Rabiya shared glam shots of herself to mark her last days as the reigning Miss Universe Philippines.

Rabiya is set to pass on the crown to her successor in Miss Universe Philippines pageant coronation night on September 25.