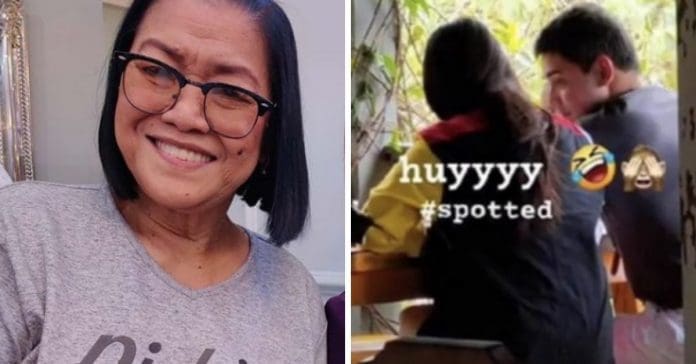 Veteran entertainment columnist and talent manager Lolit Solis had some questions to ponder on after her talent Paolo Contis broke his silence on his breakup controversy with LJ Reyes.

Paolo on Wednesday, took to Instagram to address several allegations such as drug use and infidelity, which surfaced amid his and LJ’s controversial split.

He also publicly apologized to LJ and her kids, and all other people, including Lolit and entertainment columnist Cristy Fermin, who got dragged into the issue, pleading with the public to direct the criticisms at him instead.

In a column for Pilipino Star Ngayon and Pang Masa, Lolit commended Paolo for taking his time before seeking an apology from the parties concerned.

Lolit, however, questioned why Paolo has to be with Yen Santos, the actor’s co-star in the Netflix romance film A Faraway Land, while going through the controversies.

Paolo earlier confirmed that Yen was the woman whom he was spotted with in viral photos and a video, which sparked third party speculations.

The actor, however, clarified that Yen was not the cause of his breakup with LJ, and only went with him “as a friend”.

Lolit earlier confirmed the breakup of her talent with LJ, saying that there was no third party involved.

She initially advised netizens not to involve Yen, explaining it’s an “open secret” in showbiz as to who is the actress’ real partner.

Yen, on the other hand, has been mum on the issue.