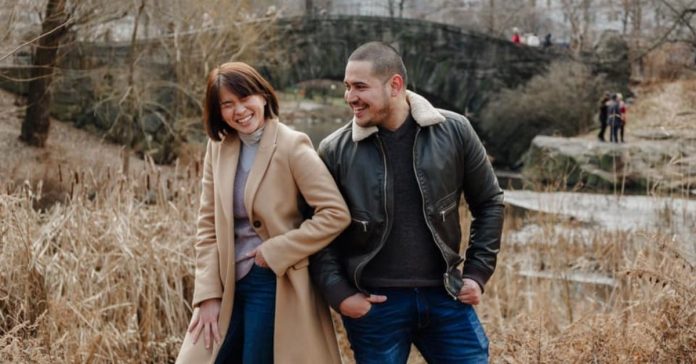 Kim Atienza and Giselle Sanchez left some advice for Paolo Contis amid the controversies he’s facing over his breakup with LJ Reyes.

After being mum for weeks since breakup rumors sparked between him and LJ, Paolo on Wednesday finally broke his silence to address several allegations that cropped up following his ex-partner’s revelations in a recent  interview with Boy Abunda.

Included in the lengthy Instagram post, Paolo cleared A Faraway Land co-star Yen Santos from third party allegations. He, however, confirmed that it was the actress who was with him in the viral photos and video where he was seen accompanied by a woman in Pangasinan and Baguio.

Owning up to his mistakes and actions, Paolo offered his apologies to LJ, their two-year-old daughter Summer, and Aki (LJ’s son with ex-boyfriend Paulo Avelino), who has grown close to him.

The Kapuso actor also said sorry to the people who got dragged into the issue, including ex-wife Lian Paz and talent manager Lolit Solis, and asked the public to spare them from the bashing.

As netizens shared mixed reactions in the comments section under Paolo’s post, broadcast journalist Kim Atienza, or Kuya Kim, reassured the actor that everyone does make mistakes, but should make up for it while there is time.

“Lahat nagkakamali Pao. We just have to make up for our mistakes. May panahon pa. The kids are young,” said Kuya Kim.

Giselle Sanchez, on the hand, said she will offer prayers for Paolo and LJ as they go through these struggles.

“I will pray for peace that surpasses all understanding for you @paolo_contis and for @lj_reyes and your kids,” wrote Giselle.

In a recent column for a newspaper, Giselle said she believes there is still chance for Paolo and LJ to save their six-year relationship, saying, “Paolo is the key.”

“Paolo, if you are reading this, please listen to your Ate Giselle. We have worked together ever since you were a kid. I saw you grow up from ‘Ang TV’ to ‘Okatokat.’ I saw you grow to be a good boy to a good father and husband. Please don’t throw this family away who love you dearly,” said Giselle.