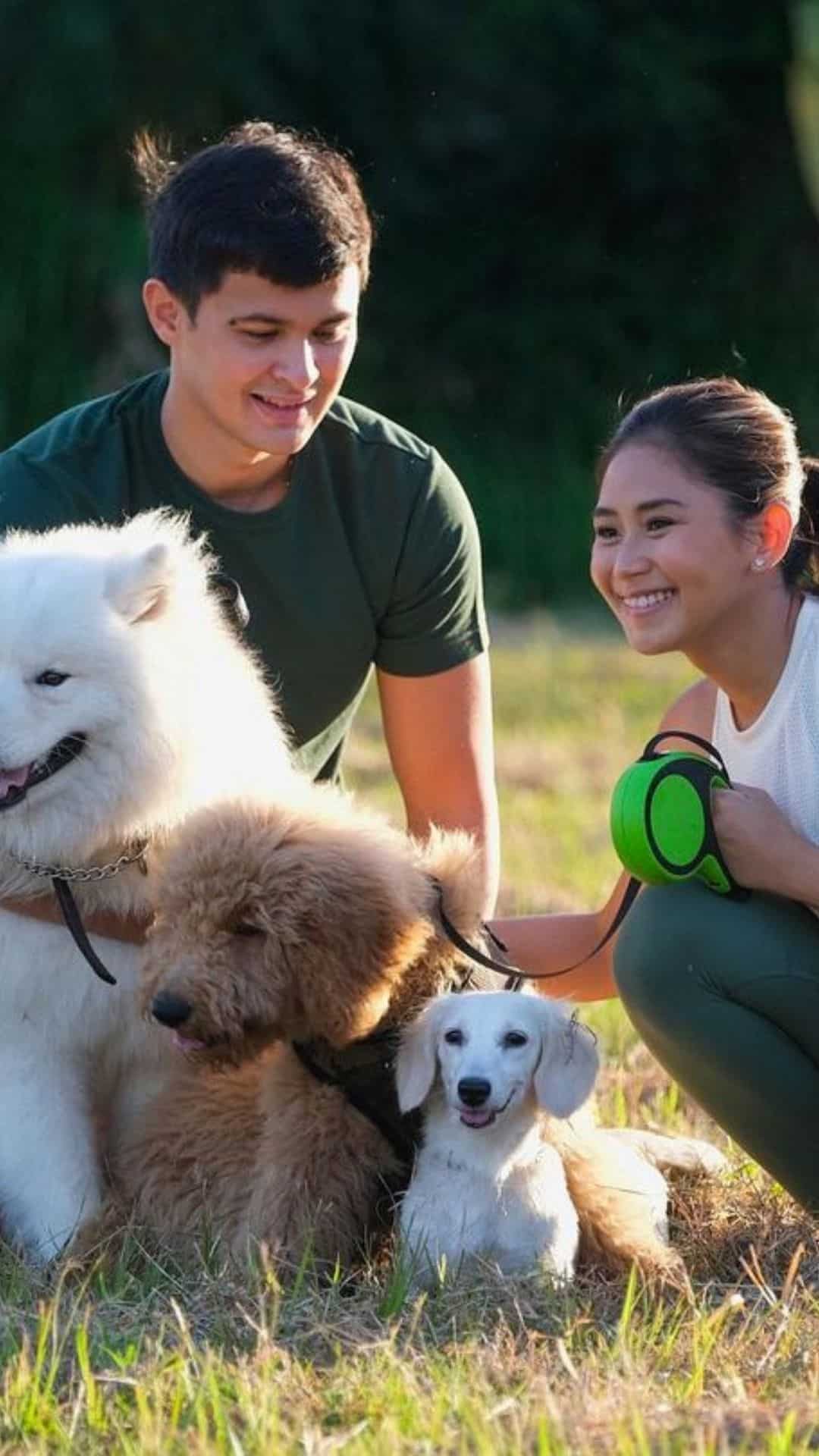 Celebrity couple Matteo Guidicelli and Sarah Geronimo are ready to build their family and they’re starting with their fur babies!

In an interview on Pawplife’s YouTube channel, the actor-athlete revealed that his wife of one year has made his relationships with his pets so much better.

“I think my appreciation and love for them has gone into a deeper level because of Sarah. She treats dogs literally like human beings. So parang you appreciate everything more and you see dogs in a different light now because of Sarah,” he explained.

The happy husband shared that he used to think pets were just pets but because of his wife, their dogs are like family members.

“These guys give so much light to our lives, gives so much positivity to us and make us sleep better and have our days better kumbaga makes us smile brighter. Dogs are incredible, ibang level,” he said referring to his and Sarah’s fur babies.

Asked about challenges they encountered as pet owners, Matteo said that when their dogs were still babies, they would “piss everywhere and bite everything.” He recalled that one time when their Samoyed dog 04 “ate up” their sofa at their old condo.

When asked if they’ll be adding more to the pack, Matteo shared that while Sarah wants to get more dogs, he thinks three pups is more than enough for now.

The couple has two other fur babies besides 04 — the pure Korean line standard poodle  Theodore and the Dachshund Dakota.