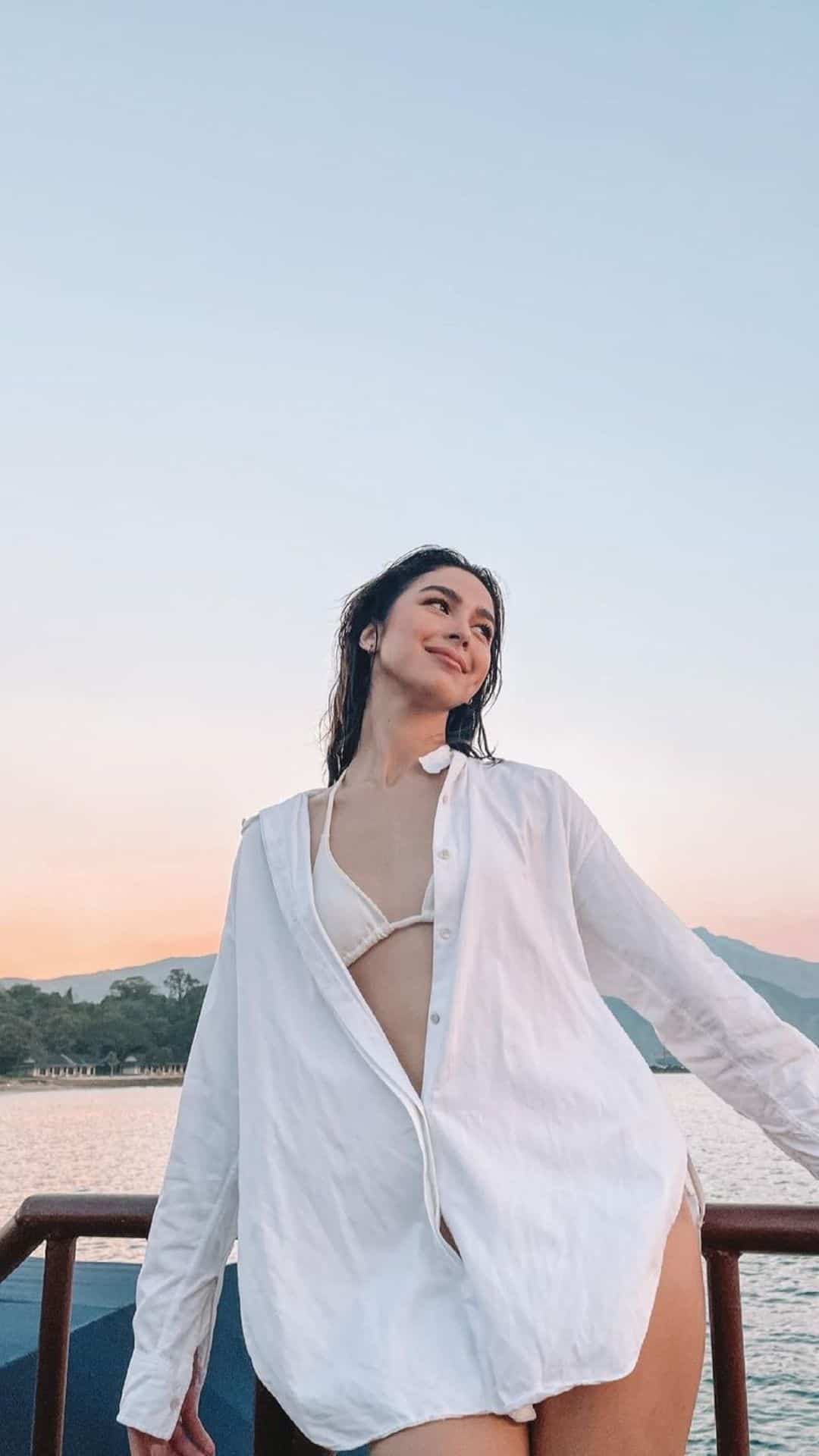 In another conversation with her good friend Marco Gumabao on her YouTube channel, Julia Barretto spoke about why people in relationships shouldn’t kiss and tell.

In the “He Said, She Said” episode, the two spoke their minds on different topics under the sun — from on-and-off relationships to handling finances.

When asked on their thoughts on people who “kiss and tell”, they both agreed that privacy is key in relationships, especially when it comes to their intimate moments.

The 24-year-old actress shared her sentiments that with age, it’s natural to become even more protective of your relationships.

“I feel like when you’re in a relationship, you become so protective of it that you don’t even want to divulge anything about the person or even your relationship with the person, especially your intimate moments. It should be valued and protected,” she said.

She added that if the guy in the relationship truly respects the woman he’s with they would never kiss and tell. “You wouldn’t do it to somebody you’re not serious about,” she noted.

Marco echoed the same sentiments and even admitted that he used to kiss and tell with his friends but clarified that he didn’t know better at the time.

In the same video, the two friends revealed their thoughts on girls making the first move on guys.

They both agreed that while girls can bare their feelings to a guy, the latter should always be the one to pursue.

Julia stressed that it doesn’t matter who expresses their feelings first.

“I think it’s okay when a girl lets you know first how she feels whether reciprocated or not but definitely I believe that guys should be the one pursuing,” she said.

Early March, Gerald Anderson finally revealed that he is in a relationship with Julia. He made the big revelation in a tell-all interview with the King of Talk Boy Abunda.