‘Beautiful inside and out’: Netizens gush over Angel Locsin’s curvy figure 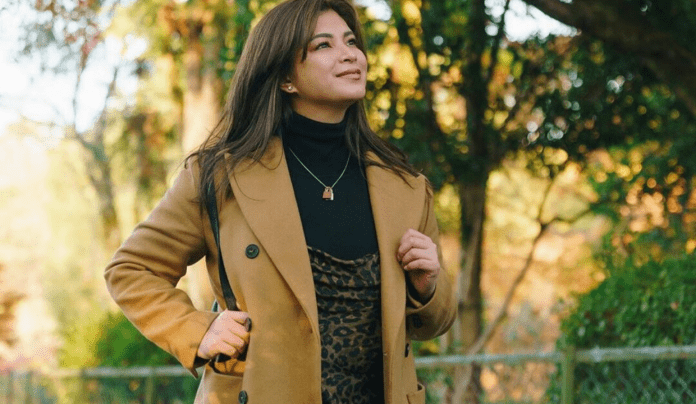 In the candid photos, the 35-year-old actress is seen wearing an olive shirt and blue pants while carrying a backpack.

A netizen compared Angel’s photo from when she was playing the iconic role of Darna to her current photo.

“The only difference between these photos is that on the first one we was a fictional hero; and on the second one, she’s a real-life hero. And that’s on queen Angel Locsin,” the netizen said.

Others said Angel is proof that a person’s beauty is defined by their character.

Another netizen said the star is an inspiration to plus-sized women.

“Ms. Angel Locsin is a living-proof that weight doesn’t define beauty. You’re such an inspo specially to those plus-size women. SELF-LOVE IS THE KEY.”

According to The STAR, the now-viral pics of Angel were taken on Wednesday by photographer Frederick Calucin Viaje who spotted her in Mauban, Quezon.

It turned out she was taping for her ABS-CBN docu-reality show Iba ‘Yan which spotlights inspiring Filipino stories.

During the height of the COVID-19 pandemic in the Philippines, Angel was an inspiration herself to fans as she led initiatives to aid frontliners and the less fortunate.

Her #UniTentWeStand aimed to solve overcrowding in hospitals by setting up additional tents outside public and private hospitals.

Along with Anne Curtis, Angel revived charity initiative Shop and Share, where big-name celebrities auction off their belongings for a cause. The proceeds that will be raised will go to COVID-19 mass testing efforts in the country.