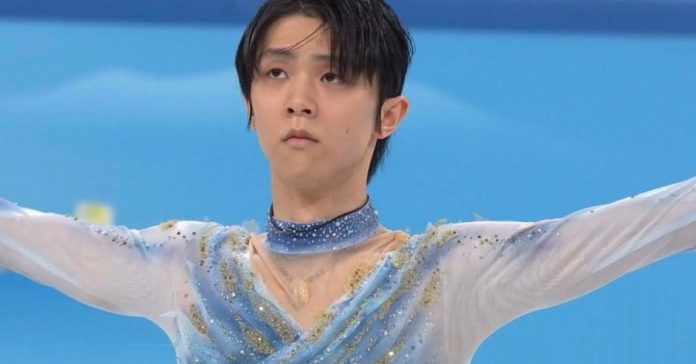 The two-time Olympic gold medalist, who’s hailed as one of the greatest figure skaters of all time, said at a Tokyo presscon that he would no longer compete as an amateur but rather as a professional exhibition skater.

The announcement ended months of speculations about whether the 27-year-old would compete in the upcoming ISU Grand Prix season and start his pursuit of a possible fourth Winter Games spot.

“I’m not sad at all. There’s no sadness. And I want to keep working,” the 27-year-old said, according to an article from the Olympics.

“But I’m no longer confined to the realm of competitions anymore. I think I can take figure skating to different places in different ways now,” he added.

The Sendai native is a national hero in Japan, where he was given the coveted People’s Honour Award at a young age in 2018.

Hanyu, who is also a four-time Grand Prix Finals winner and a six-time national champion, withdrew from the world championships in March after suffering an ankle sprain in Beijing.

With a fourth-place finish in the 2022 Winter Olympics following a historic attempt at the quadruple Axel, Hanyu brought his outstanding career to an end which started when he was four years old.

Hanyu’s supporters throughout the world, also referred to as “Fanyus,” are renowned for their unwavering devotion to the skater and are frequently seen filling social media sites like Twitter with messages of encouragement for him during competition season.

The figure skater was also well known for his love for “Winnie the Pooh,” since Hanyu views it as a good luck charm. His fans would shower the rink with stuffed Pooh bears after his performances.

A sitting Pooh bear at the rinkside would always be present whenever Hanyu’s competing, as he would first bow or stroke the bear’s head before skating.

Following his announcement, Yuzuru trended on Twitter with over 45 thousand tweets, and fans couldn’t help but to air out their reactions on the social media platform as well.

“Yuzuru Hanyu, what an amazing journey it has been #YuzuruHanyu,” they added.

Another netizen said that they are lucky to be alive at the same time as Hanyu, saying that he is “a once in a lifetime figure skater.”

“We are so lucky to be alive at the same time as yuzuru hanyu. A once in a lifetime skater. He is the best and forever will be,” they said.

A fan also hoped that Hanyu will finally have the time to learn some of his interests.

“I hope pro skater yuzuru hanyu will finally have the time to learn bass and drums and play baseball like he wants.  proud of you, and love you always,”

Another fan has also tweeted, “Yuzuru Hanyu is and will always be the greatest of all time and that is a title that no one can ever take away from him.”

Sharon Cuneta clarifies she still has ‘promises’ to fulfill before...