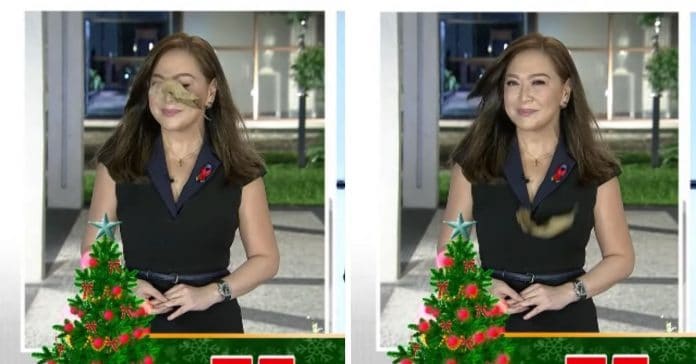 The broadcast journalist made many netizens’ days when she finally returned to ABS-CBN’s flagship newscast TV Patrol. It was made even better when this hilarious moment was caught on camera.

Nearing the end of the newscast, as her co-anchors Henry Omaga-Diaz and Bernadette Sembrano were bidding their audience goodbye, a stray leaf struck Karen in the face. All was well as she kept her cool and smiled through the small mishap.

On Twitter, a netizen shared the clip of the TV Patrol anchor from last night’s newscast with the caption: “Miss Karen Davila sana okay ka lang.”

Meanwhile, another netizen joked that 2021 is Karen’s year with snaps from her viral “OMG” pose and her new meme.

The award-winning journalist’s return to TV Patrol came after the departure of Noli De Castro, who has recently filed his certificate of candidacy to run as a senator for next year’s elections.

Back in August, Karen had another viral blooper online with her reaction when she found out that her and Lyca Gairanod share the same birthday during an interview.

Karen Davila wishes Julius Babao well amid his departure from...