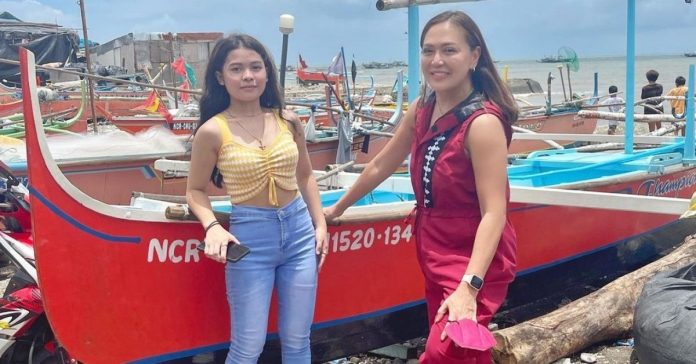 In Ogie Diaz’s YouTube video, the veteran broadcaster shared that she was happy that the meme born out of her and Lyca’s reactions to having the same birthday brought good vibes to netizens.

Karen revealed that the birthday segment in their interview was added at the end of the vlog since they thought it would be a waste not to include it. To their surprise, it was that segment that caught the public’s eye.

“We didn’t expect it na yung video na ito will have this effect and it will make you happy. It’s completely unexpected,” she said.

The 50-year-old added that she’s grateful this meme was positive unlike her other controversial memes in the past.

“I’m really grateful because usually pag na-me-meme ako, it’s often controversial. Naranasan ko na rin yung masaktan ako when I’m bashed. So I have to say, I’m so thankful really na for a change – good vibes, it made you all happy,” she said.

Karen and the young singer’s interview clip went viral earlier this week. In the interview, Lyca was visibly shocked the moment Karen found out that they share the same birthdate.

After a decade, Karen Davila returns to TV Patrol

Karen Davila says God taught her a lesson when son...

Karen Davila reveals Matteo Guidicelli and Sarah Geronimo are her...