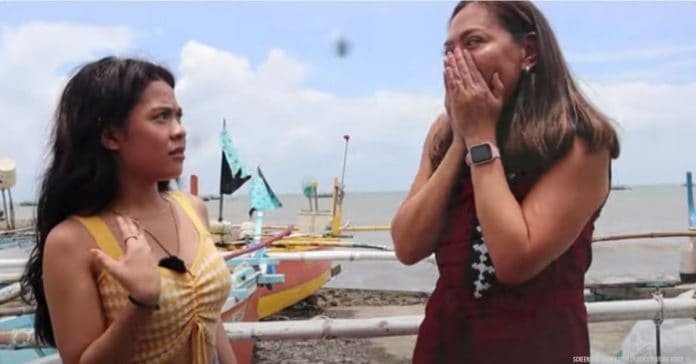 Netizens are more than thankful for Karen Davila and Lyca Gairanod for making their Monday a meme-filled one.

In the video, the young singer was visibly shocked the moment Karen found out that they share the same birthdate.

As of writing, “Lyca” sits on the fifth top trending spot on Twitter while the photos of her reaction to Karen swept the internet.

“Thank you Kweens Lyca and Karen for blessing our Monday mornings with this meme,” a netizen wrote.

The hilarious clip was from Karen’s interview with Lyca about her life years after she won The Voice Kids.

Nearing the end of their interview, the 50-year-old even promised to throw a party for their birthday.

Karen Davila wishes Julius Babao well amid his departure from...

Karen Davila says she witnessed God’s grace once again after...