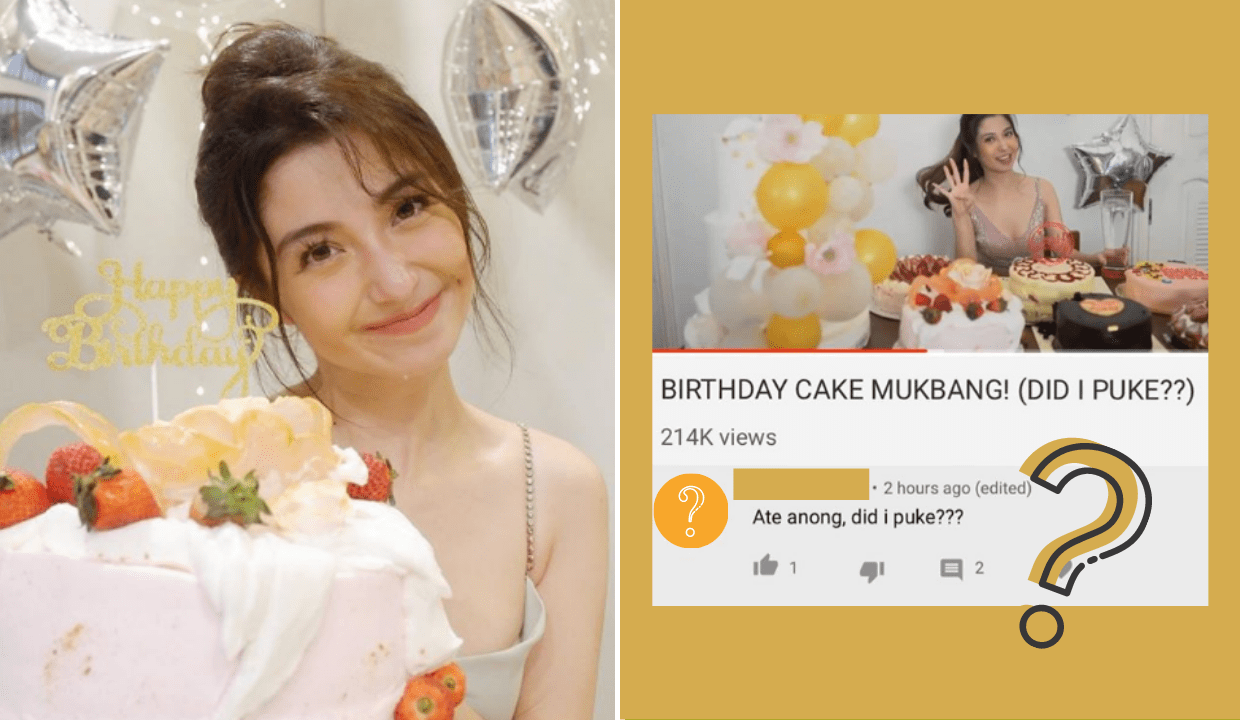 Singer-actress Donnalyn Bartolome felt the need to explain the meaning of the word “puke” in her vlog’s title to avoid confusion and misinterpretation among her followers.

The 26-year-old vlogger recently addressed a baffled netizen’s query as to why her birthday vlog was titled “BIRTHDAY CAKE MUKBANG! (DID I PUKE??)” uploaded on her YouTube channel.

In the 15-minute vlog, Donnalyn can be seen eating a slice from each of the seven cakes she received on her birthday.

The same fan commented “sorry” on Donnalyn’s post, to which the singer replied: “Ay baby, I know your question was legit that’s why I replied. Nothing wrong with that, love u ?.”