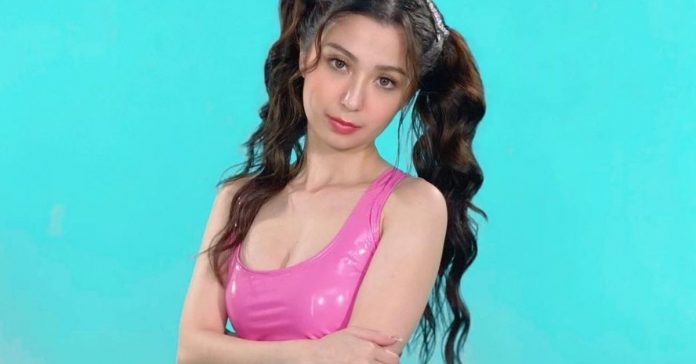 Actress-vlogger Donnalyn Bartolome apologized on Sunday, July 10, after netizens called her out on her baby-themed photoshoot for her 28th birthday.

In a now-deleted post from the photoshoot, the shots showed Donnalyn in diapers, wearing only a bib as her top, onesie while sucking from a milk bottle in , to which netizens reacted negatively having thought of it as “sexualizing infants” and “disturbing”.

“It was never my intention to enable one of the most horrifying acts here on Earth,” Donnalyn wrote in a statement.

Donnalyn has since then taken down the photos across all of her social media platforms. The vlogger said that she could not remove the post right away since she needed to copyright it to prevent its further spread until she got a got signal from Facebook and other social media managers.

Donnalyn said that it is “an assurance that they know I am the owner of the photo and they’ll help me correct this by taking down all of the posts involving this photoshoot.”

The actress-vlogger also asked the help of netizens by sending the links to the posts of anyone who reposted her now-deleted photos.

“You may help us by sending the links of the post of anyone who reposted this for any reason at all. (via message),” Donnalyn wrote.

Donnalyn in her statement told that as some netizens called her out for the disturbing factor of her birthday theme, it was not her intention because as a sibling, she has been overprotective.

Another netizen wrote, “Did Donnalyn Bartolome reach the point when she could no longer think of an appropriate birthday theme and instead opted to sexualize children and fulfill the desires of pedophiles?”

A netizen also expressed their dismay when Donnalyn was referred to as a “seductive” baby. “I just saw Donnalyn’s new yt vid??????? Uhhh they literally said “seductive baby” while she’s wearing a baby onesie??????? Fcking hell isnt that sexualizing babies??????????”

“Do not sexualize baby clothes PLEASE,” Another netizen pleaded.

Donnalyn issued the apology after netizens accused her of “sexualizing babies” and “feeding sexual predators’ fantasies”.

“Almost a million people across socmed platforms thought of it light and funny because they know my personality and didn’t look at it that way hence our initial reaction to the idea was the same.. but upon reading other people’s perspective, I completely agree,” Donnalyn said.

“I feel terrible, sick to my stomach and had disturbing flashbacks I’d rather not say,” the vlogger added.