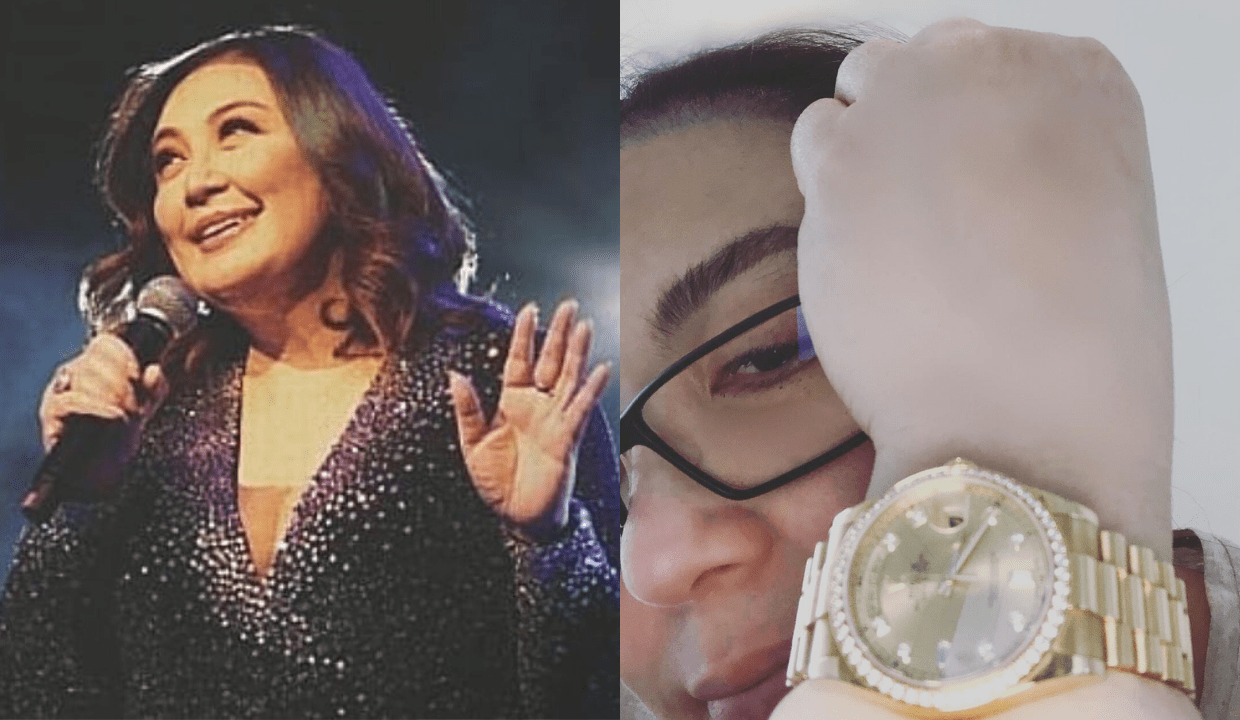 Sharon Cuneta flaunts luxury watch to hit back at bashers

Sharon Cuneta posted a selfie of herself wearing a luxury watch brand to disprove netizens’ “unbelievable” claims that she just grabbed her previous but now deleted pics of the watch on her Instagram.

The megastar earlier posted photos of several high-end watches to hit at her bashers. She wrote in the caption: “You. They might never have you. Because they are bad people. But I love you! And >>> Am wearing you now.”

The post drew flak from the netizens and has since been taken down by Sharon.

On Thursday, Sharon shared a photo of her wearing a Rolex to hit back at netizens alleging that she just grabbed the photo from elsewhere.

“You mean people thought I just grabbed the pic of the wrist wearing the watch? Hahahaha! Que babaw. Good people are blessed — and not just with Rolexes! Unbelievable! But hilarious too,” she said.

She also advised them to watch her films where she wears her personal items.

“Watch my old movies. In many (films) where I played wealthy characters, I wore my own watches and jewelry as chosen by my production designer. Or watch Madrasta na lang if you don’t have gana to watch my other movies. 1996 pa yon,” she said.

Sharon has recently been more active in defending and vocal in addressing issues and criticisms involving her family.