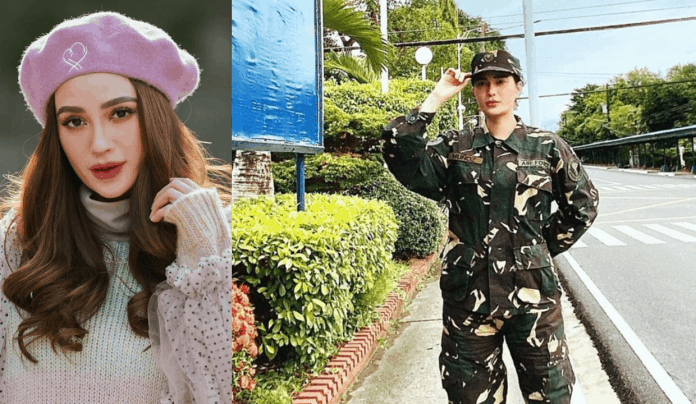 Kapamilya star Arci Muñoz has just enlisted to be an Air Force reservist, making her the first female celebrity of her generation to join the Philippine military.

In time for the Philippine Independence Day, the 31-year-old actress shared on Instagram that she has started her basic citizen’s military training on Friday.

She also encouraged other women to join the Armed Forces of the Philippines (AFP) Reserve Force.

Arci also vowed to be fully committed to her service in the future.

In 2012, politician-actress Vilma Santos was commissioned as reserve officer of the Philippine Air Force (PAF) with the rank of lieutenant colonel.

Other celebrities who are part of the AFP reserves are Matteo Guidicelli, Ronnie Liang, Dingdong Dantes, Rocco Nacino, Kiko Estrada, Ejay Falcon and JM De Guzman, among others.