LOOK: Arci Muñoz lives her best fangirl life at BTS concert in US 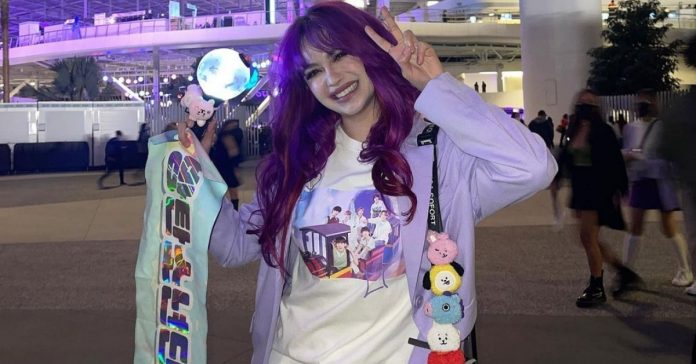 Arci Muñoz is just one of the lucky ARMYs who were able to witness superstar South Korean boy group BTS live on stage.

The actress has been in Los Angeles, California for more than a month already and she made to sure not to pass up BTS’ four-day concert series. BTS Permission to Dance on Stage – LA.

On social media, Arci gave her fans the full concert experience with tons of videos and snap from the boy group’s first offline concert in two years.

The 32-year-old attended one of the concerts all decked out in BTS merchandise and matched it all with her bright purple hair.

Back in September, the self-admitted BTS fan crossed paths with DJ Swivel, the music maker who has co-produced a number of the group’s songs.

“I apologize for bugging ya with my questions about the boys,” she told DJ Swivel.