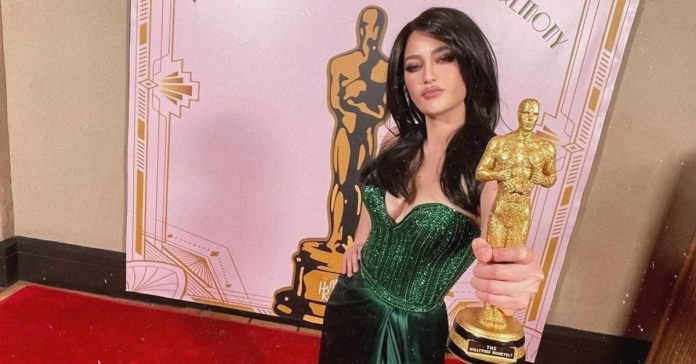 Arci Muñoz is definitely having the best time abroad. After her Los Angeles Fashion Week (LAFW) stint, the actress attended a viewing party for one of Hollywood’s biggest nights – the 94th Academy Awards.

In a recent social media post, the 33-year-old shared the moments from her eventful night. One snap showed off her outfit for the party which was a stunning green dress with a high slit on its side.

One notable photo in Arci’s Instagram post was one of her clinking glasses with Raymond Gutierrez who attended the party as well.

It was just a week ago when Arci opened the fashion show of Filipino designer Kenneth Barlis during LAFW.