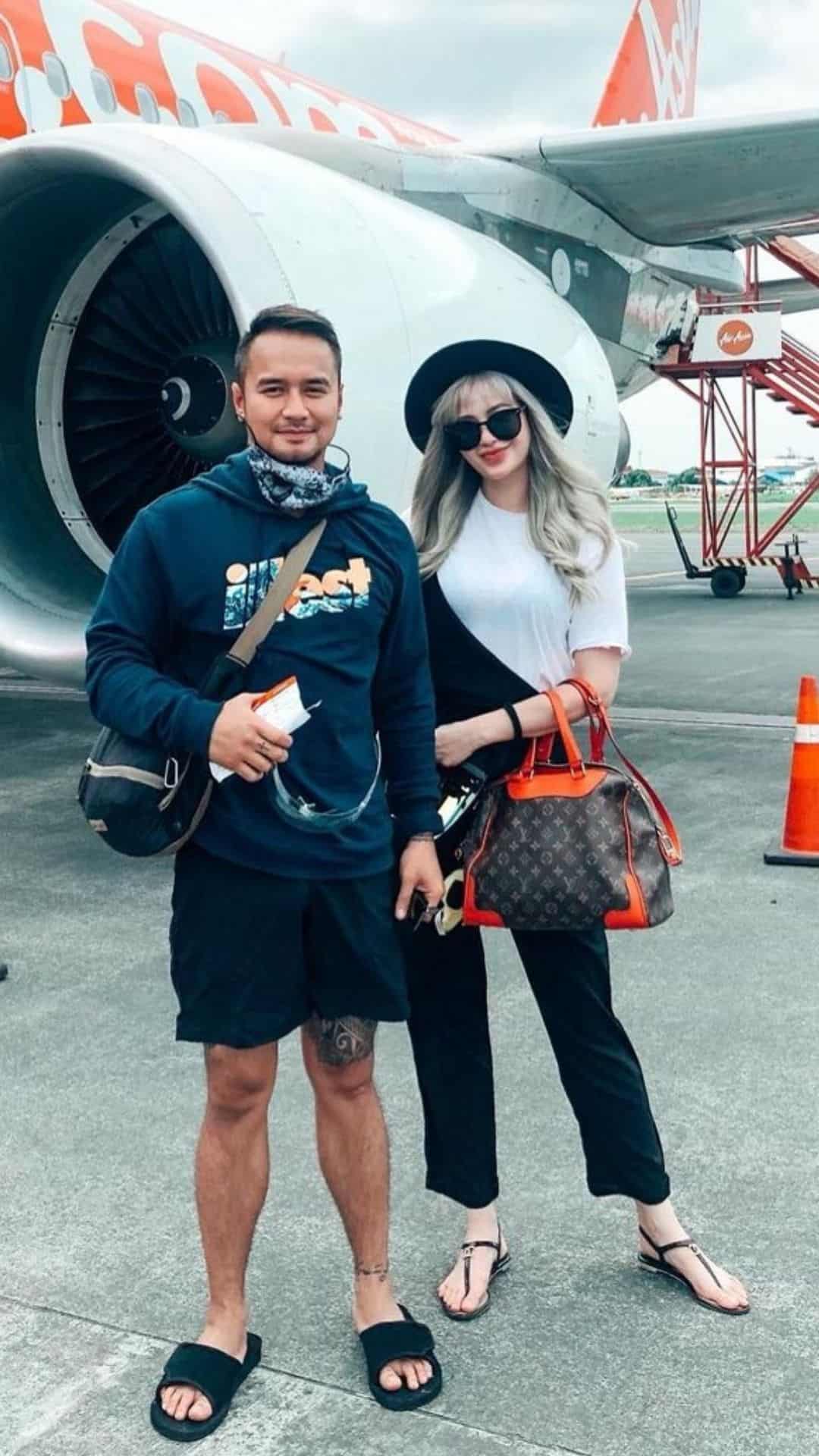 Fans of Arci Muñoz and JM de Guzman were more than kilig when they thought their ship was finally sailing after the actress’ “from bestfriends to lovers” social media post.

On Easter Sunday, the 32-year-old shared on Instagram a video clip of JM handing her flowers and finally asking her if he could court her.

“Matagal na tayo mag-bestfriends pero… pwede ba manligaw?” he said in front of Arci’s family who cheered behind them.

Meanwhile, JM shared a cute snap of him and Arci on his Instagram with heart and kiss emojis as the caption.

On Arci’s most recent vlog, it was revealed that JM’s romantic gesture was done to make way for Arci’s brother Manolet’s wedding proposal for his girlfriend.

She did answer his question “Pwede ba manligaw?” with a “no” and jokingly threw some kicks at him.

In the video, after Arci received the flowers from JM, she handed it to her brother as he got down on one knee to propose.

Back in March, JM travelled with his “bisprin” Arci and her whole family to Boracay for a quick beach getaway.