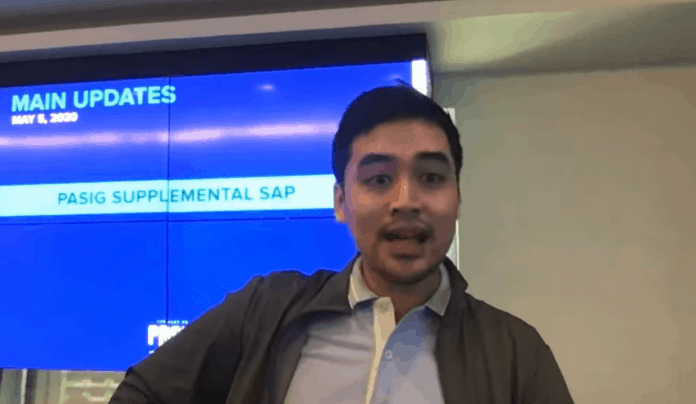 The online community had a laugh over a video clip showing Pasig City Mayor Vico Sotto “getting stressed out” by a netizen’s comment during a Facebook live video.

Sotto on Tuesday announced that all city residents who did not receive financial aid from the national government are qualified to avail of the city government’s Supplemental Social Amelioration Program (SAP).

The local executive chief’s announcement, however, was cut off when he read a comment that asked if those living in the condo are also included.

Sotto tweeted the short clip of his “gigil” video that was shared by a netizen on Instagram.

The netizen who asked the question replied to the Sotto’s tweet and admitted that he himself found the mayor’s reaction hilarious.

Sotto replied back and thanked the netizen for being a “good sport”.

Delighted with the young mayor’s good sense of humor, the video has since garnered over 143,000 reactions on Facebook.

LOOK: Coney Reyes is 6,318th senior citizen to be vaccinated...