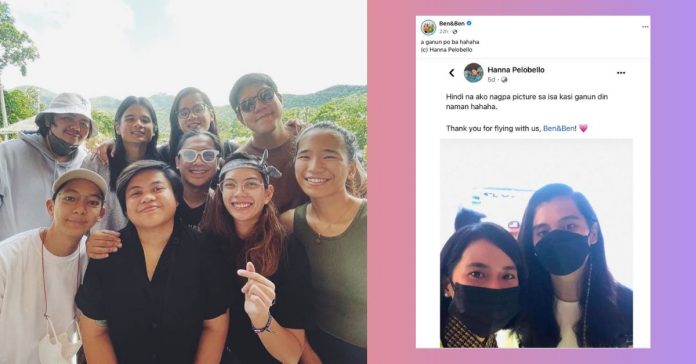 OPM folk band Ben&Ben made the internet laugh when they reacted to this post about them on social media.

The viral post was uploaded by a flight attendant who served the musicians in one of their recent flights. In the snap, she jokingly shared that she only asked for one of the Guico twins’ photo.

The nine-piece re-shared the post on their official Facebook page with the caption: “A ganun po ba hahaha.”

Under the post, the band continued to joke that they have nine members, all named Ben.

They had a follow-up comment, which was the “official” version of their introduction with the names of all the musicians in the band – Miguel Benjamin, Paolo Benjamin, Poch Barretto, Keifer Cabugao, Andrew de Pano, Toni Muñoz, Pat Lasaten, Agnes Reoma, and Jam Villanueva.

Ben&Ben’s social media post turned viral as well after it collected over 445,000 reactions and 22,000 shares on Facebook.