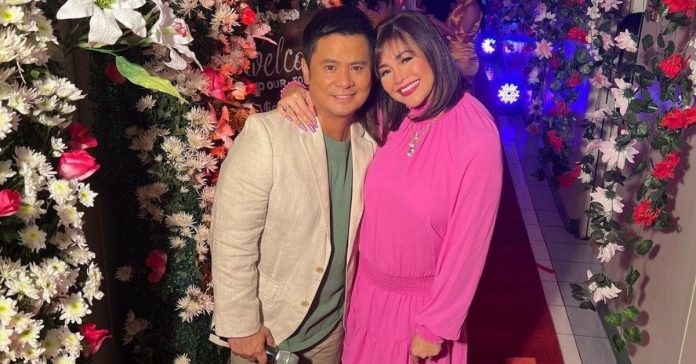 Ogie Alcasid stood his ground when he responded to a tweet that claimed he was pitiful because he has been “reduced” to being the husband of Regine Velasquez.

“I saw a tweet before that na kawawa ako kasi I was reduced to ‘husband of Regine’. Hey my bro, I just want to let you know that I take pride of being [a] husband to the kindest and most loving human one can ever meet. Peace,” he wrote.

Under the comments section, his wife responded in the sweetest way possible. “I love you morest baba,” Regine said.

Even vice presidential hopeful Kiko Pangilinan replied to his post with encouraging words for Ogie.

“When you love your wife with all your heart, comments like that one do not matter at all,” he said.

Ogie’s other half, Regine made headlines recently after she looked back on how their relationship began.

She added: “I wasn’t forgiving myself and I’m still working on it.”

READ: ‘I was the third party’: Regine Velasquez turns emotional as she recalls beginning of relationship with Ogie Alcasid