‘I was the third party’: Regine Velasquez turns emotional as she recalls beginning of relationship with Ogie Alcasid 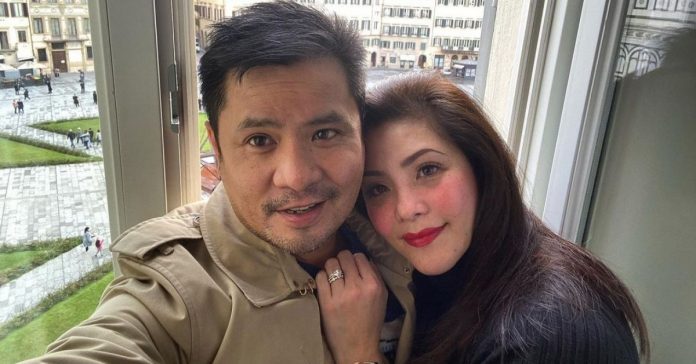 Regine Velasquez was upfront with her sentiments when she looked back to how her relationship with her husband Ogie Alcasid started.

The veteran singer admitted during an interview for ABS-CBN’s morning talk show Magandang Buhay that it was a struggle for her to be involved in a situation where she said she did not mean to hurt anyone.

At the time, her husband Ogie was still married to his first wife Michelle Van Eimeren. The two annulled their marriage back in October 2007.

Regine continued to open up, expressing how her guilt has made it impossible for her to forgive herself, even when Ogie continued to assure her that it was not her fault but rather an issue between him and his ex-wife.

She stressed that it was not her intention to hurt anyone, especially Ogie and Michelle’s two daughters Leila and Sarah.

“Pag babae ka, you will forever have that feeling. Again, I’m okay. Don’t get me wrong, naaalala ko lang. I think I’ve already forgiven myself na hindi ako masyadong na-gi-guilty but once in a while I would remember,” said the 51-year-old.

It was in December of 2010 when Regine and Ogie sealed the deal with a wedding at Nasugbu, Batangas.

Since then, Regine and Ogie along with Michelle’s husband Mark Morrow have built a friendship with each other.