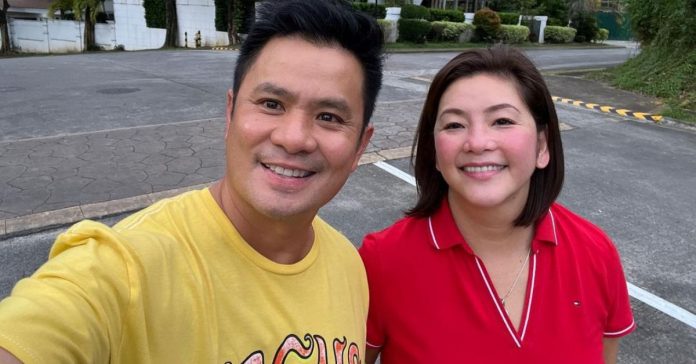 Regine Velasquez recently took to social media to express her disappointment over some of her “fans” who wish ill on her marriage with Ogie Alcasid.

The veteran singer opened up on a Twitter post on how “tired” she was of these people, adding that she will block them on social media instead.

“By the way nakakapagud na yung mga taong nag papangap na ‘we care about her’ and yet continues to wish my relationship with MY HUSBAND to fail. I don’t understand anymore. Well I guess block kiti block na lang ako,” she wrote on a tweet.

While she has yet to detail the whole story behind her statement, Regine’s fans on the platform assured her that they support her relationship with her husband.

“Those who truly love & care for you will never malign your hubby. I only hope for the best for you, your hubby & family,” a netizen responded.

This wasn’t the first time the celebrity couple had to ward off rumors about their marriage. Back in June, Ogie shut down speculations that they are having marital problems.

“I have read some tweets about my wife and I having marital problems. For the record, wifey and I are so much in love and there has not been a day where that love has for each has diminished,” he wrote on a Twitter post.

Ogie Alcasid warns fans of poser using his name to...