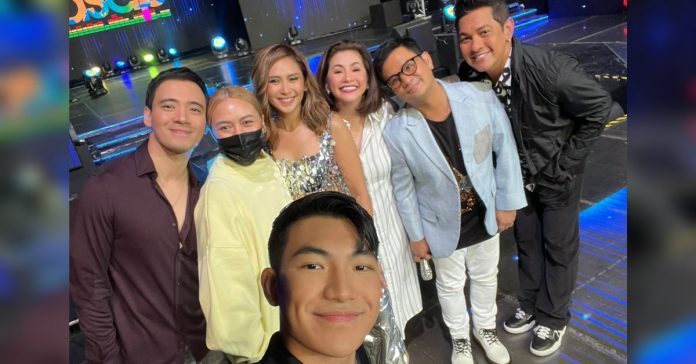 Pop royalty Sarah Geronimo has finally reunited with her ASAP Natin ‘To family on stage.

On social media, veteran singer Ogie Alcasid couldn’t help but gush over their reunion as she shared his snap with the rest of the iconic singers of the Sunday variety show.

In the snap, they were joined by Alcasid’s wife Regine Velasquez, Gary Valenciano, Yeng Constantino, Erik Santos, and Darren Espanto.

It was just in July when Geronimo marked her return to showbiz with an appearance at ASAP Natin ‘To.

The 34-year-old made her music comeback in October with two new songs Dati-Dati and Cuore.

Gary Valenciano apologizes to fans after cryptic tweet ‘caused many...