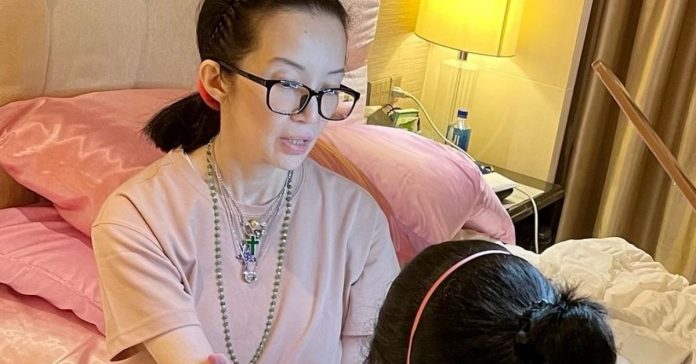 Kris Aquino has made sure to debunk false news going around that her health condition is now critical.

The host-actress took to social media to clear up rumors, expressing that she will continue to fight for her health for the sake of her two sons – Joshua and Bimby.

“It’s been disturbing that since Friday so many have been spreading fake news about me being either in St. Luke’s BGC or the States but always with the same theme, that I’m in the ICU and in critical condition. NONE OF THAT IS TRUE,” she wrote.

As proof, she shared a snap Bimby took when they attended a Zoom mass recently.

Kris continued on to share that the “trolls” seemed to be excited for her passing, if it happens within a year after her brother, former president Benigno ‘Noynoy’ Aquino III’s death.

The 50-year-old then thanked her “real” friends who have made the extra effort to send her food, fruits and flowers to show their support.

Kris mentioned that while she wrote her recent social media post that she was having a bad flare up from her autoimmune disease Chronic Spontaneous Urticaria.

She ended: “Good night but definitely it’s not yet goodbye.“

The Queen of All Media made headlines recently after she has confirmed that she and her ex-fiancé Mel Sarmiento have called their engagement off.