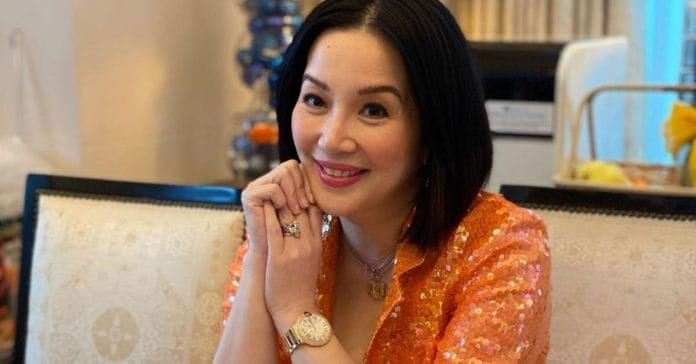 Kris Aquino recently revealed that she and ex-fiancé Mel Sarmiento had a phone call that answered all her questions about their failed relationship, including whether it was really love or just infatuation.

The host-actress made her stance clear against rekindling their relationship when she responded to a post written by veteran showbiz columnist Lolit Solis.

On Solis’ social media post, she wrote about the talk that Aquino and Sarmiento might restart their relationship.

Aquino has already responded, making it firm that she and the former Department of Interior and Local Government (DILG) Secretary will not go back to each other.

“Iniwan nya ko Nay, when I was at my lowest and ginawa nya yun via text… matagal akong tahimik na nagdasal questioning if for both of us, was it ever really love or was it just grief, timing, and infatuation?” she responded.

The former presidential daughter and sister continued on to reveal that she and Sarmiento have had a phone call and it has answered all her questions.

“Basing it on that final conversation it became clear to me what his true feeling for me and had been and how little respect I had left from him,” she said.

The mother of two shared that her ex-fiancé did not check on her youngest son Bimby after the breakup and even “snubbed” a sister of hers who tried to create a bridge between them.

Aquino confirmed that they had broken off their engagement in early January when she took to social media to update her supporters on her health and other life events.