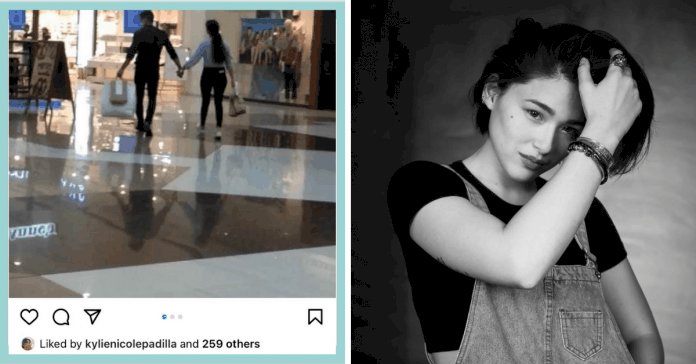 The actress surprised netizens after she was among those who liked an Instagram post by Kami.com, featuring snaps of AJ and Aljur holding hands while walking inside a mall.

The said photos circulated online following AJ’s admission that Aljur is currently courting her, and they are on the getting to know stage.

AJ and Aljur were co-stars in the sexy thriller film Nerisa where the actor was paired with Cindy Miranda.

Amid romance speculations of AJ and Aljur, Kylie previously clarified in a tweet that she and Aljur have mutually agreed to date other people after they called it quits in April this year.

The ex-couple who got married in 2018, were together for more than five years.

Last July, Kylie revealed that they are working on a “healthy co-parenting” setup for their sons Alas and Axl.