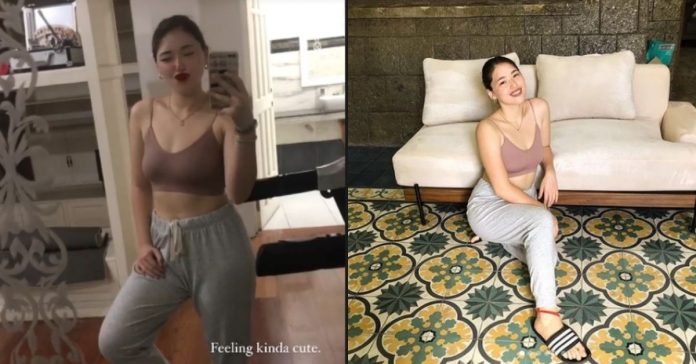 Kylie Padilla has expressed excitement in moving into her “dream home” with her kids amid her breakup with Aljur Abrenica.

“Our new place is almost ready for my boys and I to move in and I’m so excited,” said Kylie in an Instagram post on Saturday showing photos of home furniture getting sanitized.

“My house is almost done, just getting everything sanitized,” the Kapuso actress said in a video of her moving around the new place.

Robin also revealed that the split was caused by a third party.

Kylie later said in a statement to GMA News that she and Aljur and are now working on a healthy co-parenting relationship for their sons Alas and Axl.

“In the past months, our family has gone through the process of recovering, healing, and moving on,” said Kylie.

She also asked for respect for “on the decisions we have made as a family and respect for each and every member of our family.”

“Aljur and I are working on a healthy co-parenting relationship together for our boys’ sake. We pray and hope that we will become better persons through this experience and will bring out the best in all of us,” she said.