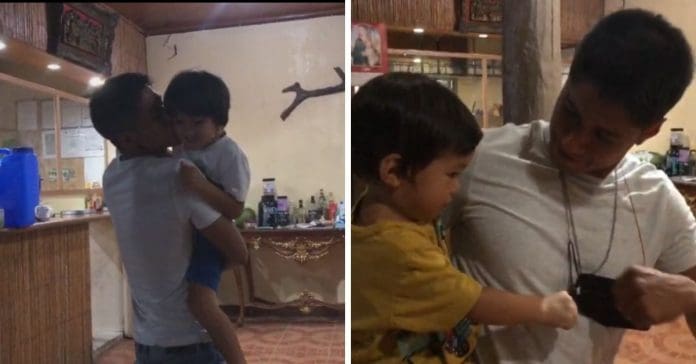 Aljur Abrenica was happy to be reunited with his children in Batangas after not seeing them for a while.

In a three-minute video clip uploaded on his Facebook page, the actor documented his meeting with his sons Alas, 3 and Axl, 1, with wife Kylie Padilla.

The celebrity dad was seen giving his two sons a fist bump and carrying them in his arms.

The actor has been mum since his father-in-law Robin Padilla confirmed his split with Kylie in a recent interview with Ogie Diaz.

Aljur is set to star in the upcoming sexy drama thriller Nerisa with beauty queen-turned-actress Cindy Miranda who’s been tagged as the “third party” in his breakup with Kylie.

Cindy, however, denied being the reason for the married couple’s breakup.

Kylie, meanwhile, revealed that she and Aljur have agreed on a “healthy co-parenting” setup for their kids.

Kylie Padilla says she and Aljur Abrenica agreed to date...