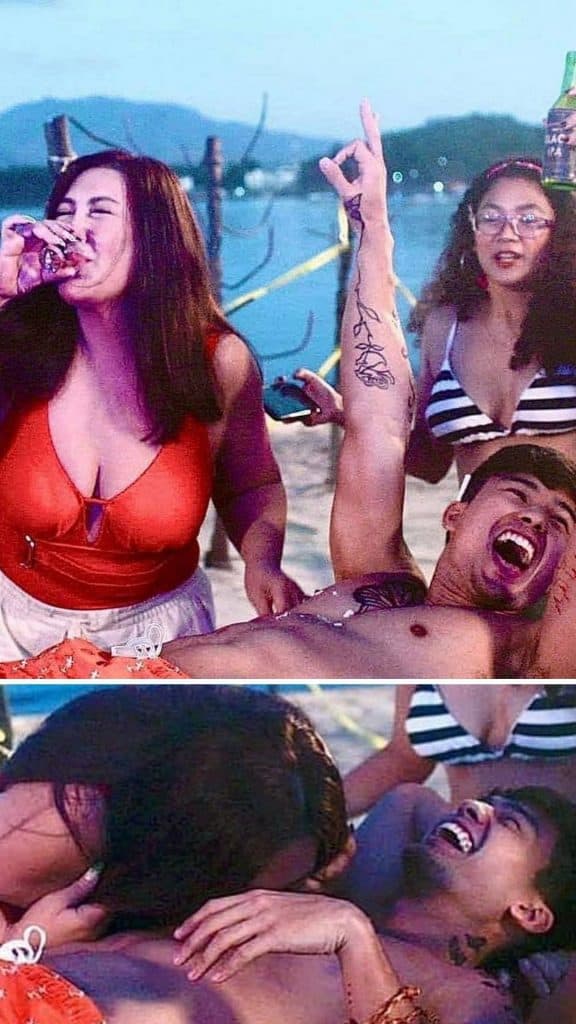 Sharon Cuneta stunned her fans with her “party girl” side after posting photos from her upcoming movie, Revirginized, with much younger leading man Marco Gumabao.

On Instagram, she shared some publicity stills from the film where she was seen doing body shots off of Marco, who is 29 years younger than the Megastar.

“OMG I have NEVER done this in real life (I don’t drink Tequila or anything else with alcohol,” she wrote.

The veteran singer-actress’ comeback film under Viva Films will be released in August on Vivamax.

Sharon is currently taking a break in the US to collect herself and regain strength.

“I need to breathe, collect myself, gain strength,” she wrote.