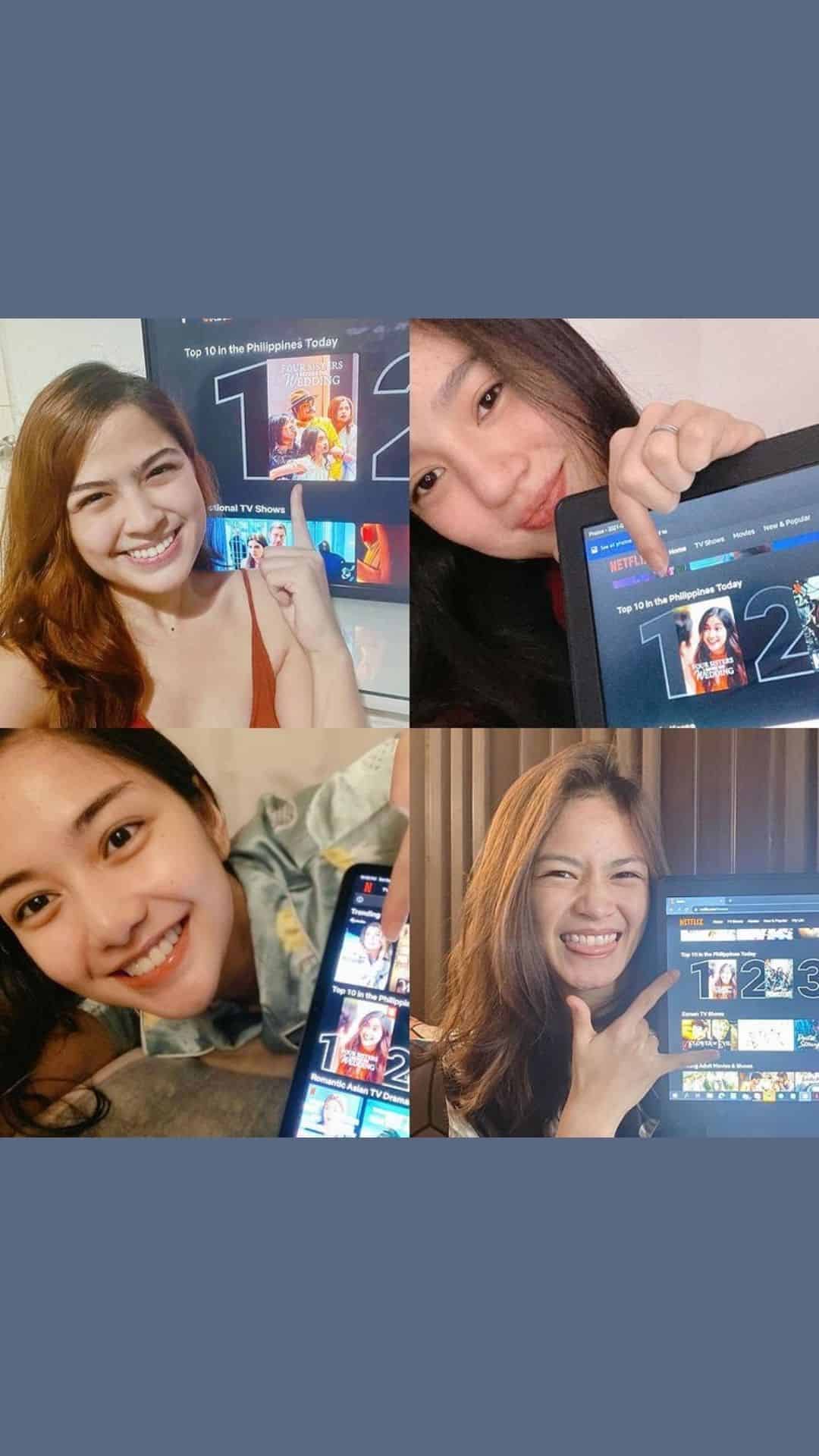 In just less than a week since its release on Netflix, Four Sisters Before The Wedding has already landed the top spot on the streaming service platform.

The prequel to the 2013 box-office hit Four Sisters and A Wedding was made available for viewing on April 16.

“Mula sa Salazar sisters at sa lahat ng bumuo ng ‘Four Sisters Before The Wedding,’ THANK YOU SO MUCH FOR MAKING US #1 on Netflix PH & #3 on Netflix Canada & Netflix UAE.

“We are so overwhelmed by your support. Thank you for loving our movie. Please continue to enjoy it and spread the good vibes! (not the virus lol),” she wrote as the caption.

As of April 21, the prequel — produced by Star Cinema and released locally in December 2020 — is on the No. 1 spot of Netflix Philippines’ Top 10 list of most-watched content.

Four Sisters Before The Wedding is coming to Netflix this...