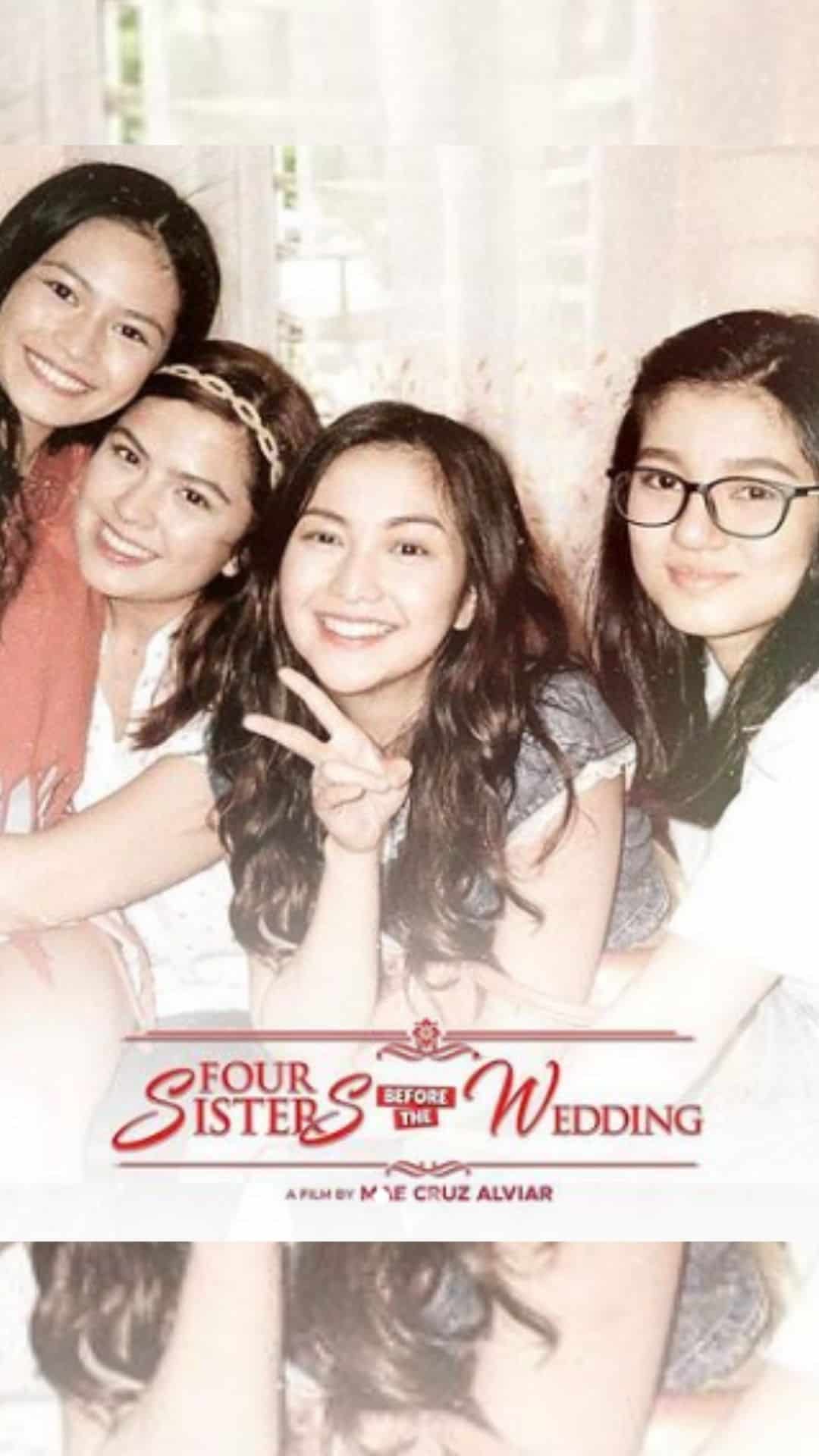 Four Sisters Before The Wedding is coming to Netflix this April

Four Sisters Before The Wedding, the prequel to the 2013 box-office hit Four Sisters and a Wedding, will soon become available on Netflix.

The one hour and 56 minute-long film produced by Star Cinema is slated to air on April 16 on the giant streaming service platform.

Directed by Mae Cruz-Alviar, Four Sisters Before the Wedding is set during the younger years of the Salazar siblings portrayed by Alexa Ilacad, Belle Mariano, Gillian Vicencio and Best Actress awardee Charlie Dizon.

“When their parents’ marriage threatens to crumble, the teenage Salazar siblings plot to reconcile them before their 20th wedding anniversary,” read Netflix’s synopsis.