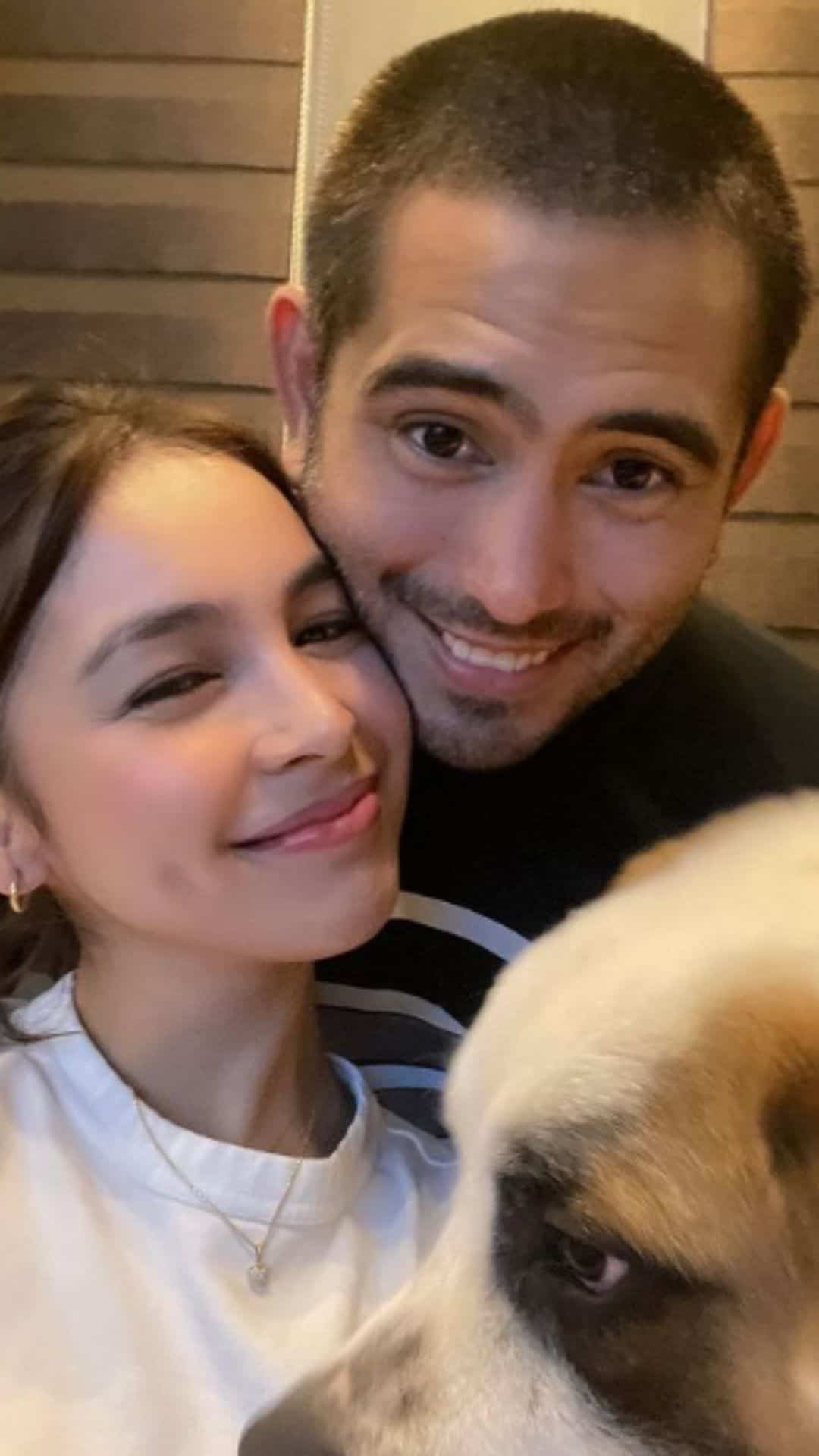 In a photo shared on the St. Bernard dog’s own Instagram page, Amari — widely believed by fans as the celebrity couple’s shared pet — appeared to have entered the frame just as Julia and Gerald were taking a couple pic.

Julia first introduced Amari as her new furbaby in an Instagram photo back in January, fueling then romance rumors with Gerald after netizens assumed it was the actor who was with her inside the car.

On Thursday, amid the controversy that continues to hound their relationship, Julia shared another photo of her with Gerald by the beach with the caption: “My ride or die.”

The relationship, however, has the full support of Julia’s family.

Gerald recently attended the birthday celebration of the actress’ younger brother Leon as seen in a vlog uploaded on their mom Marjorie Barretto’s YouTube channel.