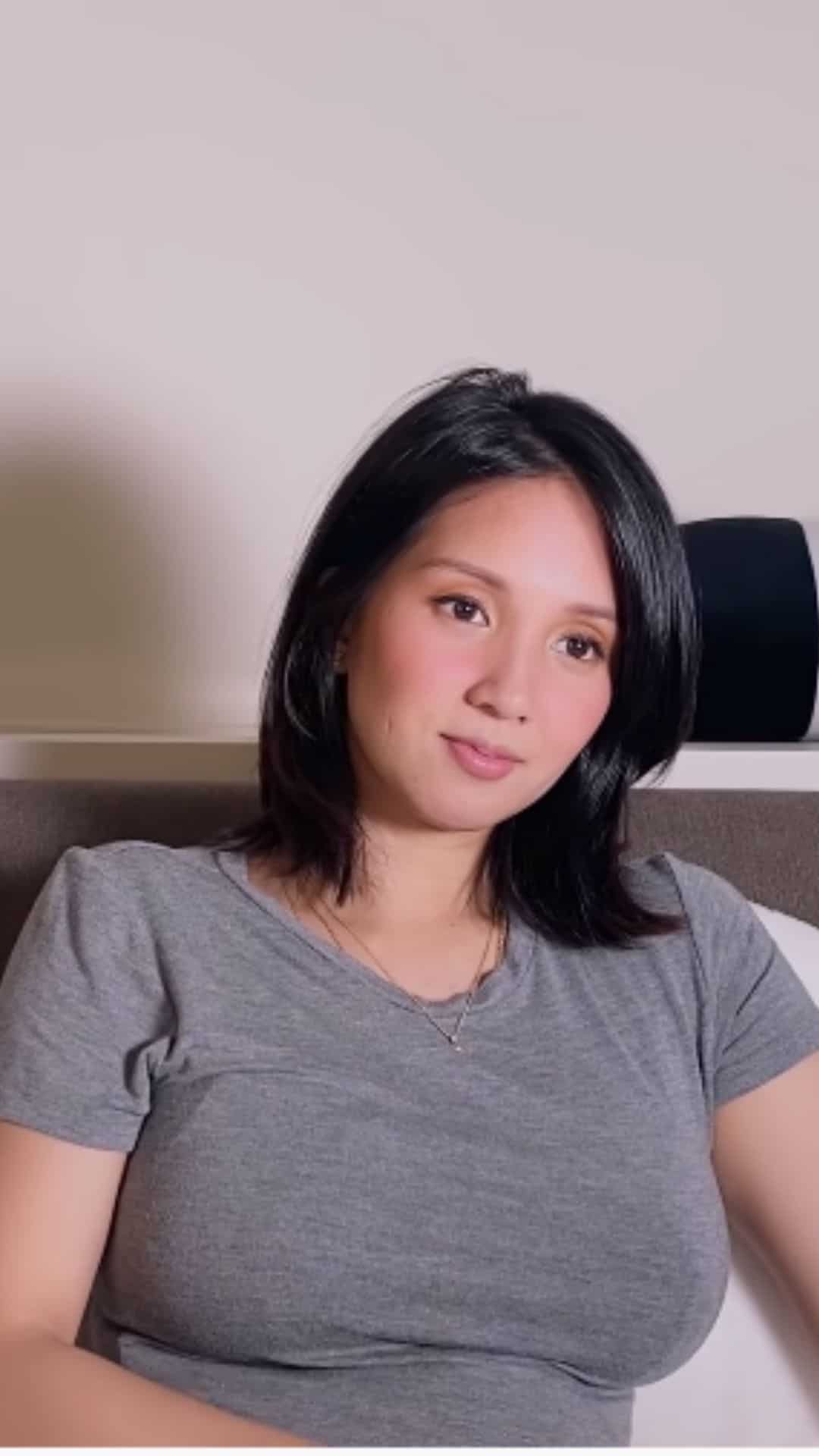 Soon-to-be mom Roxanne Barcelo and her non-showbiz husband finally revealed the gender of their first child.

In a Q&A vlog with her husband as the interviewer, the actress-vlogger made the announcement by showing her brother-in-law’s gift — a blue elephant stuffed toy for their incoming baby.

“We are having a beautiful baby boy,” Roxanne revealed.

She then turned emotional when she told her husband how happy she was.

It was in January when the 36-year-old revealed in a YouTube video that she was pregnant with her first child.

In the video while she and her younger brother Timmy were baking, Roxanne made the casual announcement.

Now addressing her fans, she added: “Mga badidap, I wanted to share with you all that I’m preggo!”

Roxanne has been expressive of how excited she is to build a family with her husband, whose identity she has kept private.

Back in December, her announcement that she has already tied the knot to her husband.

In a recent vlog with her husband but behind the camera, it was revealed he is a Hong Kong-born foreigner who grew up in Taiwan.

They were introduced by friends at a social function here in Manila.

He said of his first impression of Roxanne: “She had this look in her eyes, that she was interested in me, and I was really interested in her, and I just wanted to understand that a bit more. And we said hello, and you (Roxanne) said, ‘Btw, I’m weird.’ I said, ‘That’s okay, I’m weird, too.’ And we talked a bit more and we’ve been talking ever since.”

Asked why he chose to be with the actress, he said, “We have the same values, we have the same ambitions and we love each other in every single way, pretty basic stuff at the end of the day. And we like to be weird together and cuddle together, the list can go on.”