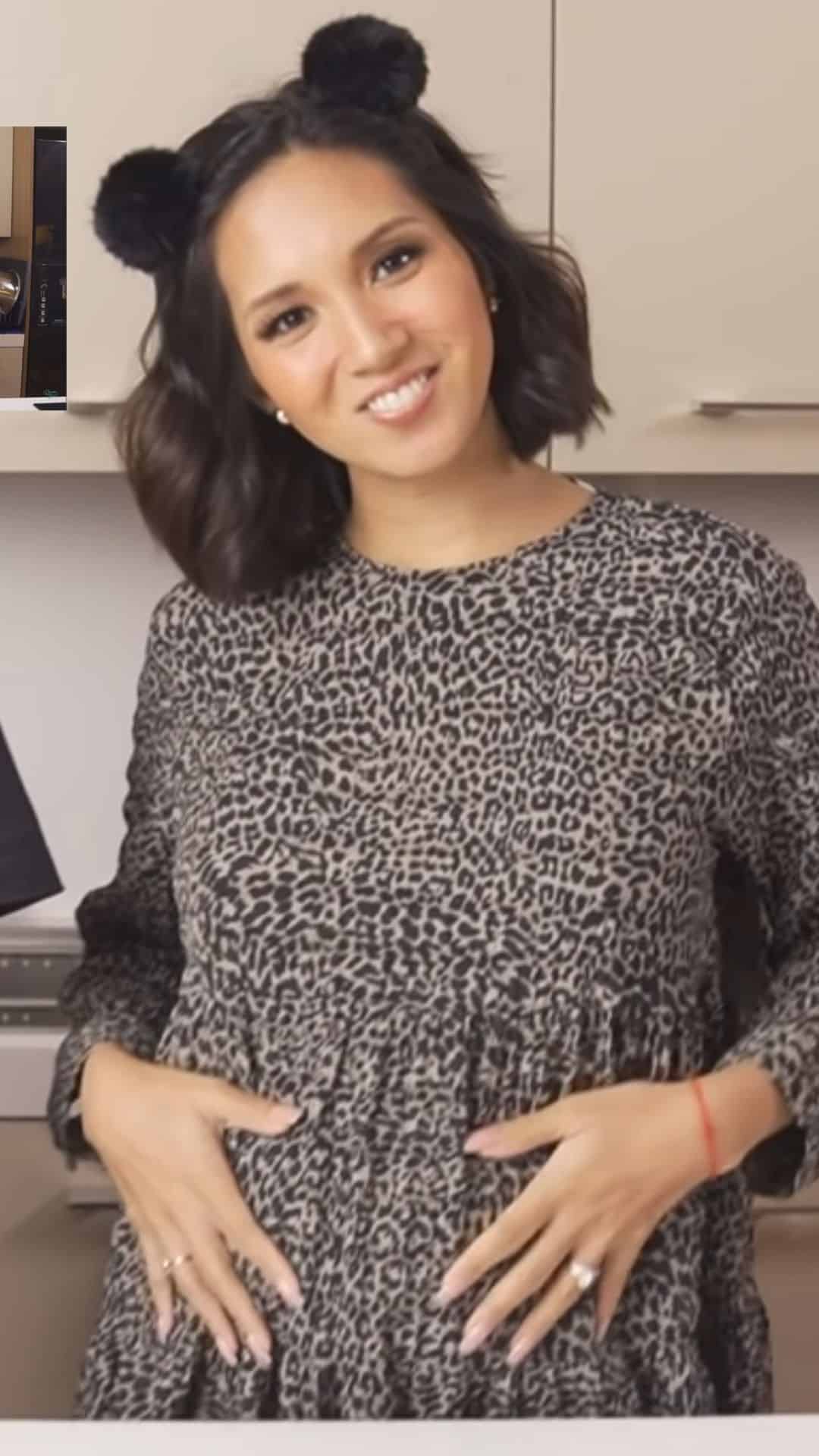 Roxanne Barcelo and her husband are expecting their first child!

The 36-year-old singer-actress revealed her pregnancy through her latest YouTube vlog where she and her younger brother Timmy were baking.

“So, while those buns are in the oven, there’s another bun in the oven. My bun is in the oven,” Roxanne casually announced while holding her tummy.

Addressing her fans, Roxanne added, “Mga badidap, I wanted to share with you all that I’m preggo!”

Roxanne also related that she and her husband, whose identity she has kept private, thought that it would some time before she gets pregnant.

“So ang iniisip namin ng husband ko was that it would take us a year kasi ‘yun yung sabi ng OB-Gyne. ‘Yun, so it didn’t take that long,” she said.

“Hopefully, you will pray with me that our baby, me and my husband’s baby, will be happy, healthy, and normal. We are very excited to have this baby.”

Roxanne has been looking forward to starting a family with her husband whom she got engaged and married to last year.

“I met the love of my life about a year and a half ago. And after we met, as soon as we met, I knew that he was The One,” she shared in a previous vlog.

“When he proposed to me, parang it just felt so natural to say yes, like there was no other answer, no other thought in my head, except to say yes. And when he said, ‘I wanna start a family with you,’ I thought it was the most beautiful plan to have in my life.”

She also explained why she decided to keep his identity under wraps.